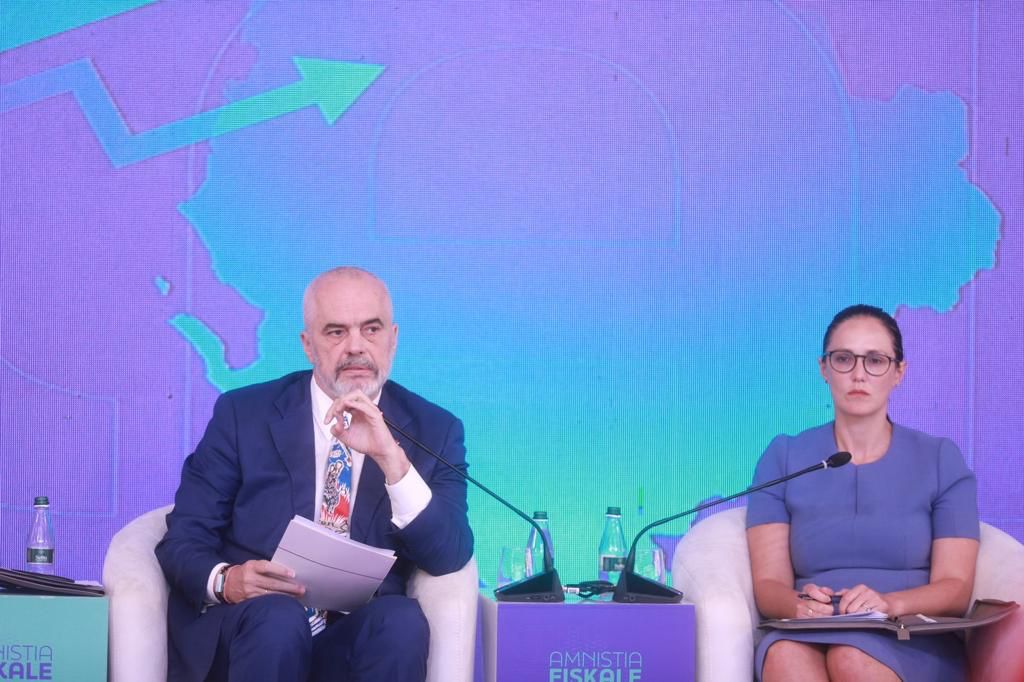 PM Edi Rama, minister Delina Ibrahimaj, Governor Gent Sejko and several experts in the field presented the draft bill for the fiscal amnesty which is expected to be applied for a period of 9 months.

Delina Ibrahimaj explained that this amnesty is the first of its kind, as compared to the other ones it is complete, not partial.

“This draft has a series of advantages. It proposes that we discuss and analyze all premises. It aims to have a 9-month implementation phase and a limit of 2 million euros,” – said Ibrahimaj.

Meanwhile, the government continues the steps towards approval. Prime Minister Edi Rama called a meeting with representatives from businesses to discuss this initiative.

The Minister of Finance stated during the activity that a special unit will be created that will interact with state institutions. Within 5 days, this unit will analyze the requests from the subjects and provide a certificate for the payment of a special tax.

The administration will issue a certificate for businesses to pay a special tax for the legalization of capital. It is 7% for the first 4 months of law enforcement and 10% for the second 5 months. At the end of the verification, a certificate will be issued that legalizes these money or assets. Many of you have asked why now and why in this form” , she said.

While Ahmetaj said that persons convicted abroad are excluded from voluntary declaration, in the meantime, the necessary verifications will be made regarding the presumption of innocence.

He emphasized that high officials and teachers, politicians and their family members, individuals with criminal records and OFL subjects will be excluded.

“You will understand that convicted persons are excluded from voluntary declaration. Globally filed individuals with criminal records and verified and unverified OFL subjects are excluded. The amnestied assets cannot be transferred abroad for 5 years. As I mentioned all the high officials and functionaries. Declarable assets which is very important.

The special tax is 7% in the first 4 months.. This has to do with the urgency we have as a government and the economy as soon as possible to see the part that belongs to the budget because of the Prime Minister’s concern to see it materialized wealth due to the wave of Russian invasion.

2 million euros is not the limit only for the individual but for the entire family certificate. The money cannot be withdrawn until the law is enforced. Interest on declaration of assets is waived if registration is completed. The implementation period is 9 months”, he said.

We remind you that with this initiative it is foreseen to legalize undeclared assets, from real estate, to money, virtual currencies, valuables and other financial instruments.

The limit for the voluntary declaration of wealth will be up to 2 million euros, which will then be taxed at the rate of 7 to 10%.

Citizens of the Republic of Albania will benefit from this amnesty, regardless of whether they are tax residents or not, as well as legal and natural persons, taxpayers in Albania.

According to the draft law, high officials such as the President, MPs, the Prime Minister and other officials will be excluded from this amnesty. representatives of the judiciary, courts and prosecutors, as well as leaders of other state institutions.