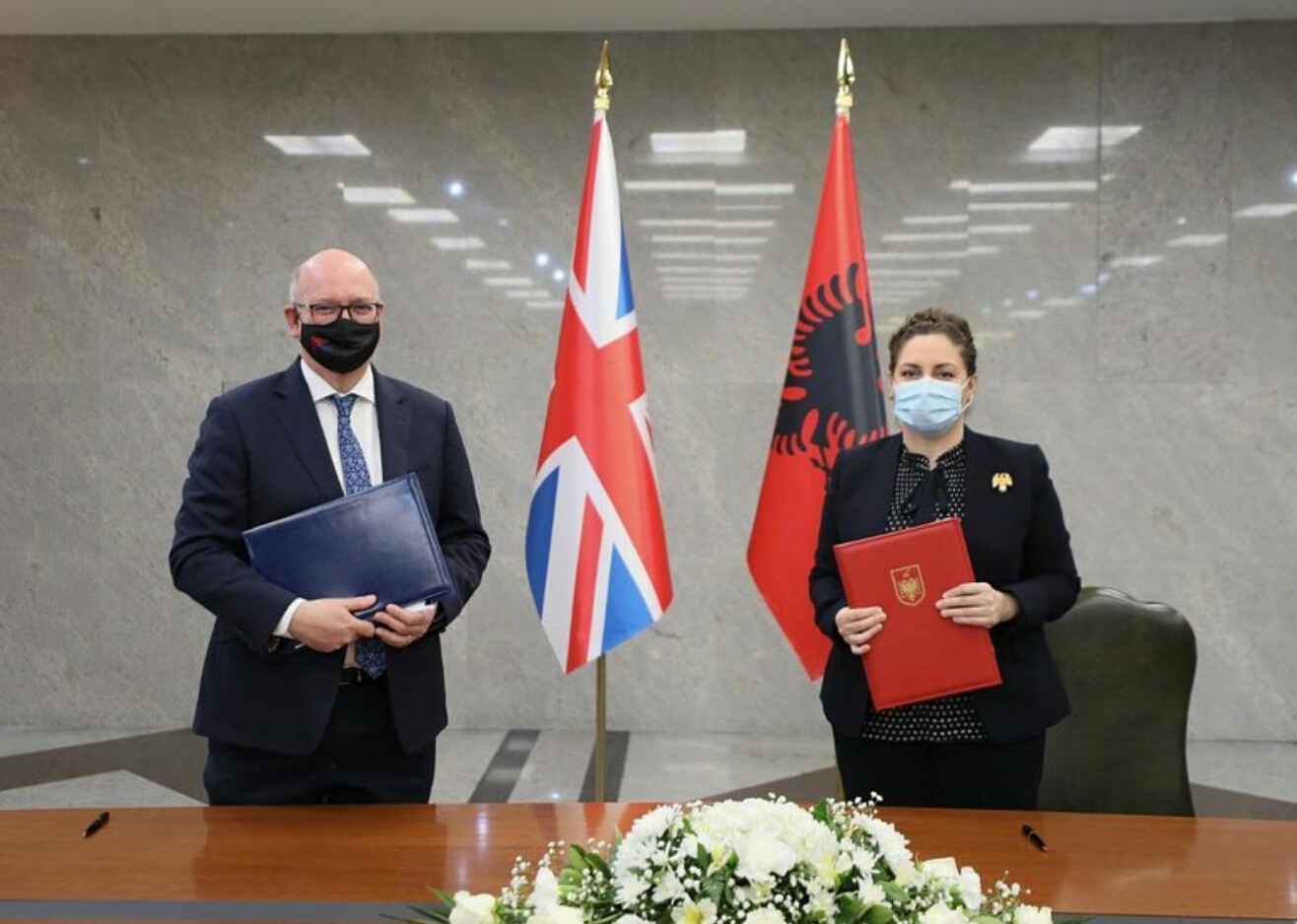 The UK and Albania will do more together to tackle organised crime and stop it spreading throughout Europe, including to the UK, following a new Partnership, Trade and Cooperation Agreement between our countries, has said a press release issued by Foreign, Commonwealth & Development Office, Department for International Trade.
The Agreement signed on 5 February sets out the UK and Albania’s ambitions for the future relationship including the strengthening of political, economic, security and cultural ties. “As well as deepening our shared work against organised crime, the Agreement will allow for more cooperation on good governance and political cooperation – improving the security of the Western Balkans to make both Albania and the UK safer,” said the press release. “By signing the Agreement, the UK has reaffirmed its commitment to a close relationship with Albania and to playing a continued positive role in the Western Balkans.”
According to the Agreement the UK and Albania will build on their trading relationship going forward and the preferential trading terms it secures will enable British business to trade as they did before 1 January 2021.
Total trade in goods and services between the UK and Albania was worth £158m in 2019. The Agreement also paves the way for increased trade and investment in the future.
FCDO Minister for the European Neighbourhood and the Americas Wendy Morton said: “I welcome the signing of the UK – Albania Partnership, Trade and Cooperation Agreement which sets out our ambitious vision for the future relationship between our countries. Together we will be building even stronger partnerships to tackle organised crime, improve governance, support justice reform and wider economic development. The signing of this Agreement benefits exporters and consumers in both of our countries, including British businesses such as Vodafone, who are flourishing in Albania.”
For his part Minister for International Trade, Ranil Jayawardena MP, said: “Today’s Agreement supports a trading relationship worth £158m in 2019 and provides the foundation for deeper trade and investment ties in the future, benefitting businesses and creating jobs in both our countries. I look forward to working in partnership as we continue to strengthen our bonds through trade.”
Her Majesty’s Ambassador to Albania, Duncan Norman said: “The signing of this Agreement marks a significant and positive step forwards in the UK – Albania relationship. Albania offers great opportunities for UK companies and investors expanding into south-east Europe and the signing of the Agreement marks a new era of increased investment in both our economies. Our Agreement also allows us to continue and build on our close cooperation across a wide range of areas, including the environment, energy, finance and education.” /argumentum.al.