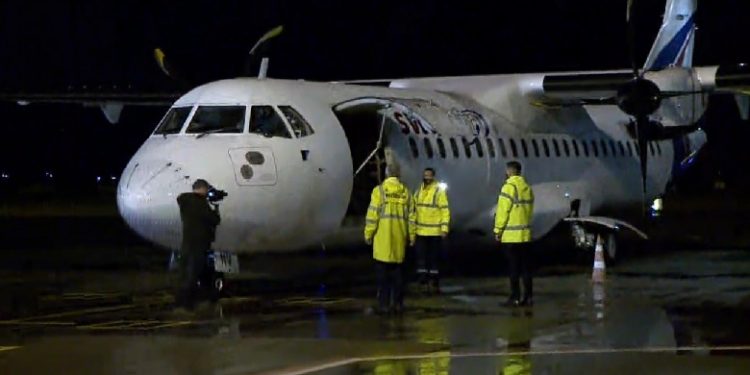 An amount of 1,170 doses of the anti-Covid Pfizer vaccine arrived in Tirana on Monday as announced by Prime Minister Edi Rama, who explained that the reason why the full supply was not taken is due to the delay of the company itself.
Shortly before the arrival of the first Pfizer vaccines, Rama stressed that such an agreement has been reached only by Albania and Serbia stressing that there is “nothing on the horizon” regarding the agreement with COVAX.
In the meantime Rama again did not spare criticism aganist the EU.
“We have started vaccination with doses that have come as a gift from an EU friendly country, whose name I still cannot announce, while we have a direct contract with Pfixer,” he said. Further on Rama said other countries are still in a situation of expectation in conditions when the vaccine is becoming more and more complicated and when Europe has entered into chaos on this issue.
“I say not to forget that however we are in the conditions when we have guaranteed the vaccination process and we will continue thanks to the fact that we did not leave ourselves in the hands of others. We did not wait for COVAX. We are in constant contact, but they are not clear and do not give a signal of clarity,” said Rama.
The PM revealed that the contract forbids Albania to donate vaccines to Kosovo, but 50 doctors will be vaccinated in Albania.
In the meantime the senior DP official, Tritan Shehu was critical of the supply saying with this pace the vaccination ends only for professional risk groups at the end of 2022 but not for the citizens. Shehu said the epidemic is striking hard tragicallly and this is Rama’s responsibility.
“Today he spoke at length, but did not present any vaccination program, as requested by Ambassador Soreca as a necessity for EU support,” said Shehu, a former health minister.
Albania needs about 5.5 million doses
to vaccinate 2.4 million inhabitants.
In conclusion Shehu said: “Rama did not explain anything about the ridiculous amount of 970 doses without origin documents, without respecting the rules of drug security, which no serious state or company do.” argumentum.al