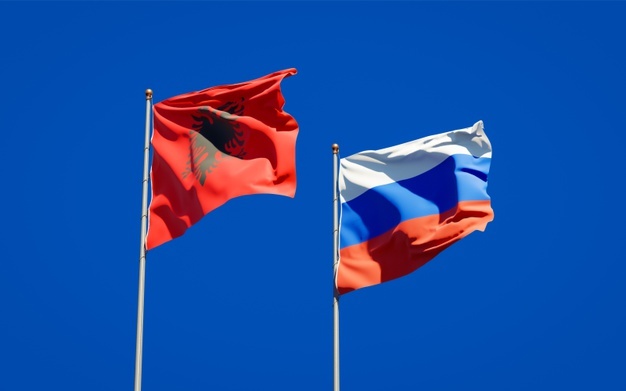 TIRANA, May 3 – Former PM Sali Berisha has demanded the departure of the Russian ambassador from Tirana speaking to reporters outside the parliament hall after the speech of the President of Ukraine, Volodomir Zelensky on Tuesday.

“We followed with great attention and interest and deep emotions the speech of President Zelensky of Ukraine, this country and nation that are being martyred for the freedom of Europe and the world in a barbaric aggression of Vladimir Putin,” said Berisha.

According to him, the resilience of Ukrainians is a great inspiration for those who love and believe in freedom and its feeling. “As you are aware, in the first days of the aggression, we raised our voices in parliament for comprehensive assistance to this country. Undoubtedly, Albania is on the side of NATO and has given its assistance to the UN.”

“I demand the maximum reduction of all political and diplomatic relations with Russia, as a proof of an incompatible attitude with this aggressor towards a free country,” he said.

Berisha was very hurt by the double attitude of PM Edi Rama during these 2 months of barbaric attack. “On the one hand, the attack is condemned, the vote is cast against and on the other hand, the Russian-Serbian project of the Open Balkans is propagated, which opens the way to Russian influence in the region and expands Serbian influence,” Berisha said, calling Rama’s invitation to Russian tourists to come to Albania absurd./Argumentum.al