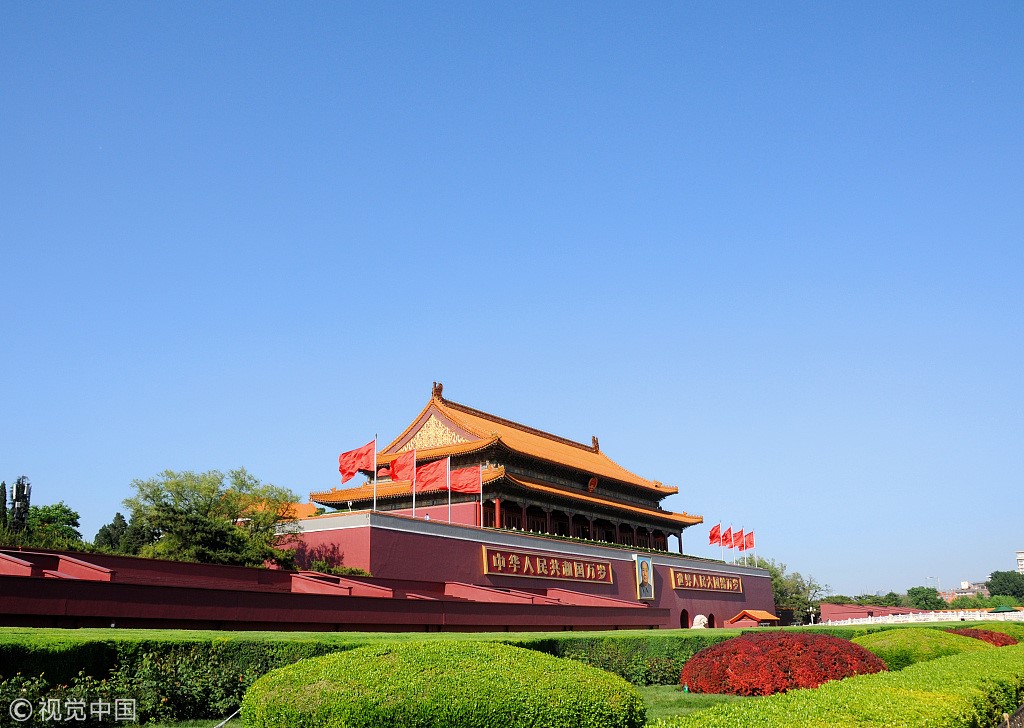 A country with more than 1.4 billion people cannot be well governed without proper, sound and sustainable institutions. Political institutions, as bearers and implementers of the will of the people, represent the ambition and reality of a nation. And the ultimate goal of a successful leadership is to harmoniously combine national, social and individual aspirations.

In China, aspirations and visions for the future are embodied in the term “national rejuvenation” and the goal of realizing the Chinese Dream.

The Communist Party of China and the entire political establishment have set two centenary goals: of eradicating absolute poverty and building a moderately well-off society in all respects by 2020－which has been achieved－and realizing the Chinese Dream of national rejuvenation and developing China into a great modern socialist country that is prosperous, strong, democratic, culturally advanced, and beautiful by the middle of this century.

Setting long-term goals, and medium- and short-term objectives that are constantly monitored and modified, and putting into practice the concept of well-structured hierarchy, meritocracy and vision－that is the blueprint of a political success story.

Besides adapting to changing situations, China also maintains continuity in grand strategies and the application of socialism with Chinese characteristics. The CPC has been leading the country’s all-round transformation for more than seven decades, leaving a deep imprint on China’s modernity and beyond.

In the past century the Party has shaped and reshaped the nation, played a leading role in the defeat of colonialism, and invented and used the strategy that eventually restored China’s well-deserved status in the world.

China’s economic miracle did not happen by chance. It grew directly from the policies launched, implemented and scrutinized by the CPC and the government at the central, provincial and local levels. One of the most powerful policy tools that China has, and will continue to have, is adaptation to changes and reform. China’s phenomenal transformation shows that there can be change in continuity, because reform and opening-up were implemented under the leadership of the ruling party that had been governing the country for decades.

In the rest of the world, the word reform is usually connected with austerity measures, where all the notions of state and politics are turned upside down, and the new era starts on a tabula rasa. However, this is not the case in China.

Former US secretary of state Henry Kissinger argues that the rise of China to eminence in the 21st century re-establishes historic patterns. What is distinct about it is that China has returned as both the inheritor of an ancient civilization and as a contemporary great power. It combines the legacies of “all under heaven” and technocratic modernization.

In an article, “Experimentation under Hierarchy in Local Conditions: Cases of Political Reform in Guangdong and Sichuan”, authors Wen-Hsuan Tsai and Nicola Dean wonder how the CPC has managed to remain so unshakable. They conclude that the most important aspect of the resilience is the CPC’s ability to learn and to adapt to new economic and social conditions.

Instead of borrowing, imitating or just implementing other countries’ ideas and practices, the Party rolls out relevant ideas and incorporates its own influences, often creating new concepts. The CPC’s adoption and modification of outside concepts can be seen as a form of “reflexive modernization”, in which, after analysis and interpretation of foreign experiences, it is able to choose those concepts which are most useful to its own modernizing goals.

In fact the CPC is never a completed or static entity but a work in progress. This work in progress can be successful only if there is meritocracy and diligence within the ranks. The CPC has more than 95 million members, and in order to qualify for senior positions, the members have to go through years of trials, which strengthen their leadership and administrative skills.

Before assuming an important position, a Party member would have participated in the deliberation and formulation of many major strategies and policies. This is one of the reasons that over the past decades, through several social and economic transitions, China has managed to keep its policies generally consistent and worked to make the national development strategy successful.

The way the CPC has dealt with the changes and transformation should be analyzed in the context of how China sees itself, not how the world sees China.

The Sixth Plenary Session of the 19th CPC Central Committee held in November was a testament to this line of action. It was an event of retrospective and perspective importance for the CPC and the Chinese State. It adopted a historic resolution on the major achievements and historical experience of the Party over the past century. The plenary session suggested ways to consolidate national unity, strengthen the governing ideology and improve practices by balancing them with the reality of the times. Indeed, this unification of thoughts and the continuance of policy will have ramifications within and beyond China.

At the national level, as twice before in history, the leadership has pledged to the people that it will advance development, a people-centered philosophy, and continue making efforts to overcome the epoch-making challenges. The plenum’s message for the world appears to be that neither the system nor the Party, nor the leadership, nor China will deviate from its historic march toward progress.

In China, change and continuity have, and will, come from within.

*The author is executive director of the Albanian Institute for Globalization Studies.