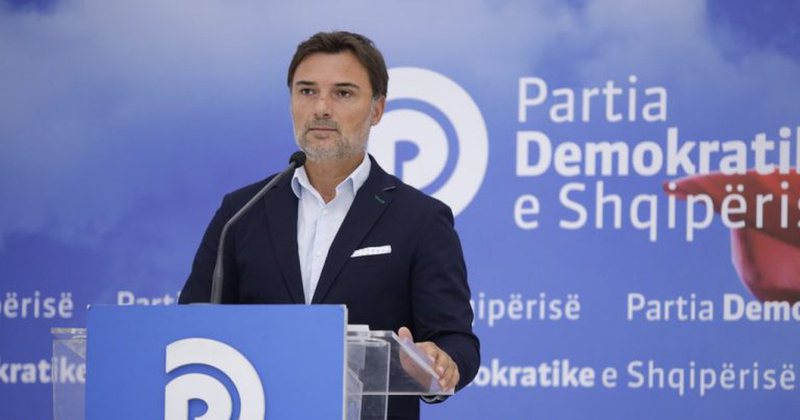 TIRANA, July 20 – Deputy Enkelejd Alibeaj, has submitted to the Assembly the amendments of the Democratic Party (DP) for the draft resolution “On the groundlessness of claims for illegal trafficking of human organs in Kosovo and Albania”.

The Speaker of the Assembly, Lindita Nikolla has called the meeting of the Assembly in the plenary session of July 21 at 10:00 o’clock to take into consideration that draft resolution.

The parliamentary group of the Democratic Party has supported the draft resolution presented by the Socialist majority, as it has done with any other document or act that helps the consolidation of the state of Kosovo, said Alibeaj. “However, we estimate that this draft resolution is incomplete, therefore we will propose two amendments for consideration and approval in the plenary session.”

Alibeaj added that, in accordance with the above-mentioned provision, they were presenting amendments to the draft resolution “On the groundlessness of claims for illegal trafficking of human organs in Kosovo and Albania”.

Alibeaj quoted the first amendment which said: Given Dick Marty’s recent public statements that he is being threatened by “Serbian radical elements” with execution with the ultimate goal of blaming people “from Kosovo for this”, which reaffirms his further efforts to smear the truth and the KLA (Kosovo Liberation Army).

Further on he read the other amendment which is the following paragraph: Noting that the Republic of Serbia is trying to avoid responsibility, hiding behind tricks, the Assembly of Albania condemns the genocide, ethnic cleansing and massacres carried out by the Serbian army by order of (late) Slobodan Milosevic on the innocent civilians of Kosovo. /Argumentum.al