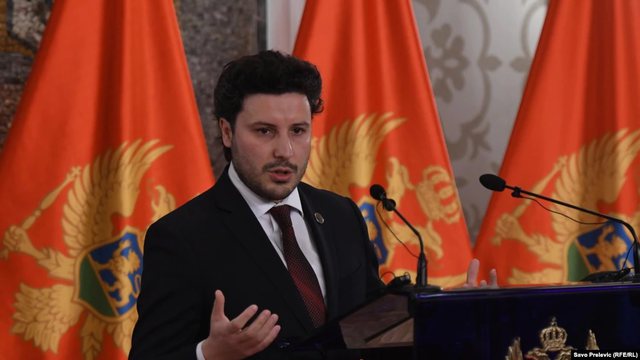 Montenegro’s parliament on Thursday voted in a new minority government, the first in its history, with a one-year mandate to prepare for next spring’s early elections.

The leader of the Black on White bloc, Dritan Abazovic, was elected Prime Minister by 45 votes in the 81-seat chamber, supported by his own coalition, the pro-Serbian Socialist People’s Party and the former opposition Democratic Party of Socialists, DPS, the Social Democratic Party, the Bosniak Party and two ethnic Albanian coalitions.

“I will lead an active political dialogue to improve the atmosphere in society and reduce the country’s polarization. I do not agree that Montenegro should be divided into two opposing sides, but develop as a civil state with respect for all differences,” Abazovic said.

The opposition Social Democrats voted against electing the government, while the two largest opposition blocs, For the Future of Montenegro and Peace is Our Nation, which dominated the last government, boycotted the vote.

Abazovic said his new government would speed up reforms and EU integration, stressing that the polarized country needed political and social stability.

Abazovic promised economic development and rule of law would be his focus. “We will focus on the fight against organised crime and widespread corruption. With our strong political will and strengthening international cooperation, I expect even better results,” he said.

“This government will take a zero-tolerance approach to all forms of organised crime and corruption,” he added.

DPS MP Danijel Zivkovic said his party, which ruled the country for decades, will again have an important role in government, even if it’s not formally part of the government.

“Despite … expectations, we didn’t disappear from the political scene. At the moment, the DPS supports this government but we will return [to power] at full capacity in a very short period of time,” he predicted.

The Social Democratic Party leader, Rasko Konjevic, said the minority government was the best solution to the political crisis in the country.

“We could prepare for early elections by forming a technical government of all parliamentary parties or we could have gone to polls with the outgoing government. But this was the best political solution at the moment,” Konjevic said.

Socialist People’s Party MP Danijela Djurovic is the new parliament speaker, after the former speaker and leader of Peace is Our Nation bloc, Aleksa Becic, was sacked on February 7.

The former government fell on February 4, when the Black on White bloc backed an opposition no-confidence motion.

The other two ruling blocs, For the Future on Montenegro and Peace is Our Nation, both accused Abazovic of betraying the outcome of the August 2020 elections that ousted the DPS, which had been in power for decades.

A day before the election of the new government a total of 41 kindergartens, primary schools and high schools received emails claiming that explosive devices had been planted in the buildings on Wednesday.

President Milo Djukanovic described the incident as an alleged attempt to destabilise Montenegro as the new government was to be put to the vote.

But Abazović said that there was no reason for alarm amongst the citizens.

Threats of protests have been warned by pro Serb political forces in a country which is seen as a target of Russian interference. /Argumentum.al