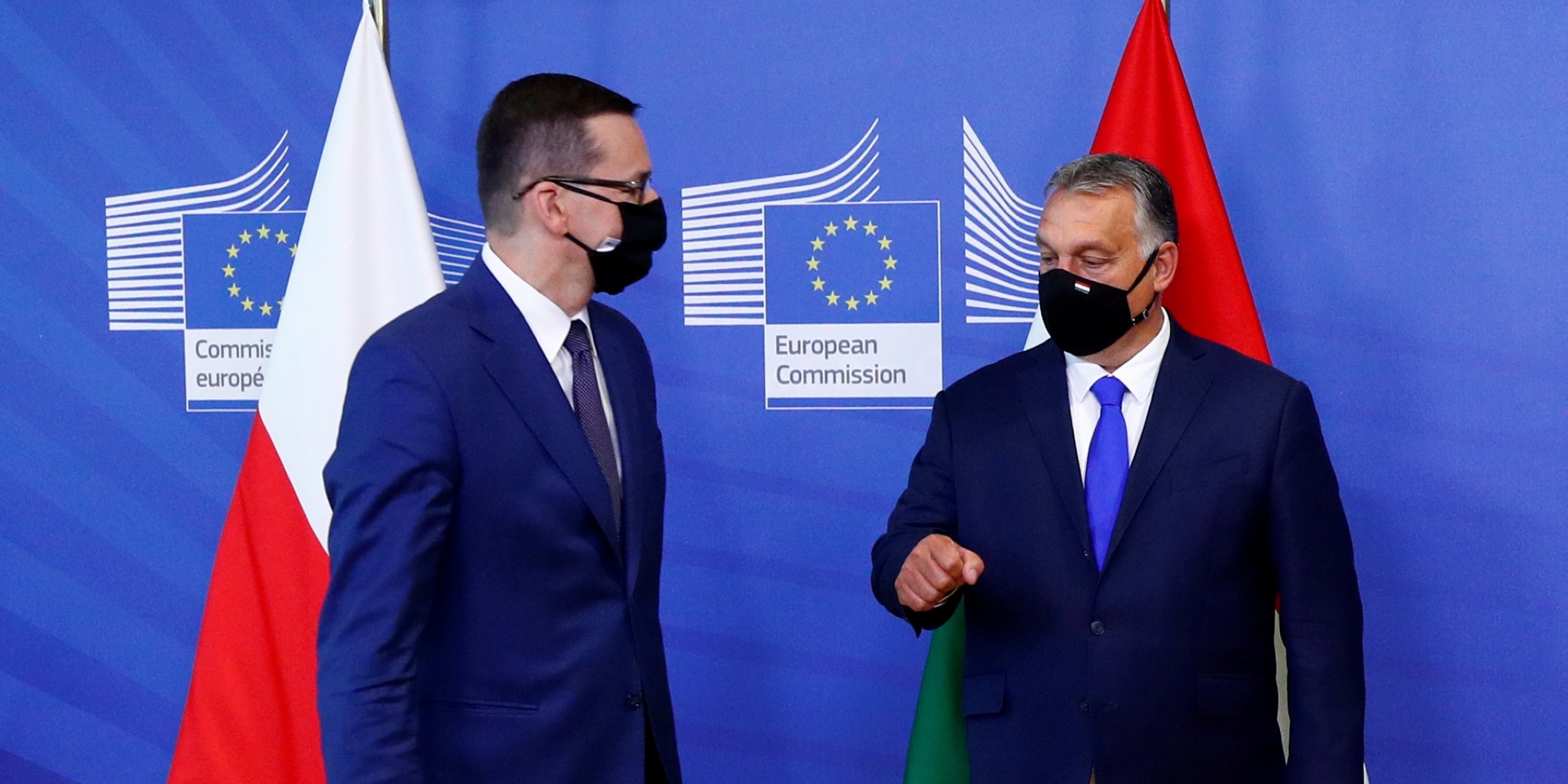 Time for clear words and actions

With the Polish and Hungarian veto on the so-called Multi-year Financial Framework, the lingering conflict between the EU and its member countries that would like to enjoy the economic benefits of the EU without respecting the values of the rule of law and democracy, has recently escalated to a new level. In sign of protest against the proposed new clause regarding the rule of law, at the negotiations marathon that took place this summer heads of states and governments have already demonstrated their significantly “softened” approach with respect to the previous proposals of the European Commission and the European Parliament. Namely, what happened is that Warsaw and Budapest had blocked not just the European budget for the next seven years, but also the assistance for economic recovery of member countries, which have been affected by the Covid-19 pandemic.

This incident is a continuation of the story about the alarming trend of alienation of the two countries from the fundamental democratic values of the European project and the even more worrisome tolerance of such developments by other member countries. Namely, for a decade already, the European Union and its members have de facto wittingly watched Viktor Orbán and his allies violate the independence of the Hungarian judiciary, develop a system of corruption and personal gain, and to a large extent put the media space, which used to be rather diverse, under their control and in the service of their agenda.

Ever since the PiS (Law and Justice Party) – led government came to power, Poland has been following the same example. Just like Hungary, mainly without consequences, despite all the warnings and actions related to the violation of legislation. Stricter measures were repeatedly issued, as a result of formal requirement for unanimous decisions of the European Council or in the context of the “behind-the-scene” talks regarding the recent appointment of Ursula von der Leyen as the President of the European Commission. The requirement of diplomacy in a political community, such as the EU, was repeatedly offered as an excuse for the demonstrated tolerance.

EU between humanism and egoism
However, diplomacy requires a certain basic readiness on both sides to reach an agreed solution. But, that is not the case with Hungary and Poland. Just like on various levels of our social and political co-existence, we are currently experiencing a fundamental collision between two diametrically opposed worldviews. On one side there is humanism, which promotes human progress and liberation from traditional structures and is based on dialogue, enlightenment and knowledge. The European project was motivated by this concept after the horrors of the first half of the XX century. The spark of this idea is still present in the form of the European Union, despite all its undisputable design flaws and contradictions.

On the other side, nowadays we witness a renewed revival of a form of egoism, which is not focused on the human being as an ideal, but preys on the lower instincts of the masses in order to cement the existing balance of powers. The goal of such egoism is neither progress, nor a step backward from the old, allegedly, “Christian” or “conservative” values. It is all about the right of the strongest to do and achieve what they want.

That is the worldview that the allegedly gentle autocrats, “illiberal democrats” such as Viktor Orbán and Jarosław Kaczyński, represent. In their way of thinking, the European project is not an approach to creating a more peaceful, free and prosperous life for all the citizens of this continent and the world, but just a means of personal enrichment and preservation of power. If something stands in their way of achieving their goal, in example the rule of law, then it is rendered difficult at best, and a “combat stance” gets taken regardless of the losses to others.

Such a selfish worldview is irreconcilable with truly sustainable compromises. In the short run, at the surface-level it is possible to find a seemingly solution to the conflict. However, a closer look would clearly reveal that the substance is made just of words, which can be revoked without any hesitation or shame, when no longer beneficial with respect to the power of the respective party- by its own account. Where respect and decency are lost, then diplomacy and pursuit of harmony, consensuality and compromise become a satire of itself.

This time, in response to the Hungarian-Polish blockade, the German chairmanship of the EU had an opportunity to finally recognize this brutal reality and make a difficult decision on a new and different direction. Instead of engaging once again in bargaining at the negotiations table on the extent to which the values that are the basis of the European Project need to be “softened” in order to “honor” the egoists in Warsaw and Budapest, the crisis and the strategic deadlock in which the two countries maneuvered against the economic interests of almost all other members countries, could have be used to agree on new ways ahead. The motto being: if you do not want to play as the team plays, then you will be excluded from the game and can continue to watch the game from the sidelines.

Lucas Guttenberg form the Jacques Delors Institute – Berlin and Piotr Buras from the European Council for Foreign Relations (ECFR) Warsaw recently presented a proposal on the topic which is in keeping with the legal architecture of the EU, simultaneously demonstrating to Hungary and Poland that things can be done without them as well.

Instead of being blackmailed with the blocking of the overall MFF package and assistance for recovery, the German chairmanship of the EU and the European Parliament should first let the countries to run short on money and then reengage in negotiations.

An agreement was not required to ensure continuation of the functioning of the EU, as without an agreement on the new financial arrangement achieved before the end of the year, the current one would be automatically extended. However, at the beginning without replenishment of funds for investment programs from which in the past six years Poland got 63.1 billion Euros and Hungary 27.3 billion Euros, or generous rebates on deposits, which the new MFF provides for many net donor countries.

Bluff by Poland and Hungary
The unfortunately- so-far-successful bluff by Poland and Hungary is becoming so obvious that by insisting on the blockade they have, primarily economy-wise, shot themselves in the leg. Furthermore, the donor and receiving countries all over the continent have become upset. In principle, it would not be an attractive strategic outlook, not even for egoists such as Orbán and Kaczyński. However, in this specific respect, they should feel severe pain in the stomach when other member countries begin to negotiate on an inevitable alternative to the recovery instrument.

Nevertheless, such a strategy would not be possible or sustainable without political and economic costs and risks, which in the short-run could be higher than the risk of continuation of the current policy of dependence on bogus harmony.

However, in the medium and long run, such a tempo of clear words and actions is undoubtedly the only way in which the European project does not completely lose its orientation with respect to its values and evolves into a butcher trade union focused on subsidies and trade benefits.

The agreement currently achieved- by means of which the mechanism of the rule of law will “lose its teeth”, is applicable only if the EU funds are embezzled through violations of the rule of law, while the attacks on the distribution of power and other democratic principles can unimpededly continue–  is one of the renewed surrender to egoists, which nowadays will definitely bring relaxation and enable heads of states and governments to put on demonstrative smiles and in such  a way paint a picture  of European harmony. But, that will not generate enduring peace and unity. If the remaining humanists on the continent want to keep it as the center of true human progress, then this hopeless pandering and the search for compromise with the egoists finally needs to end.  /IFIMES