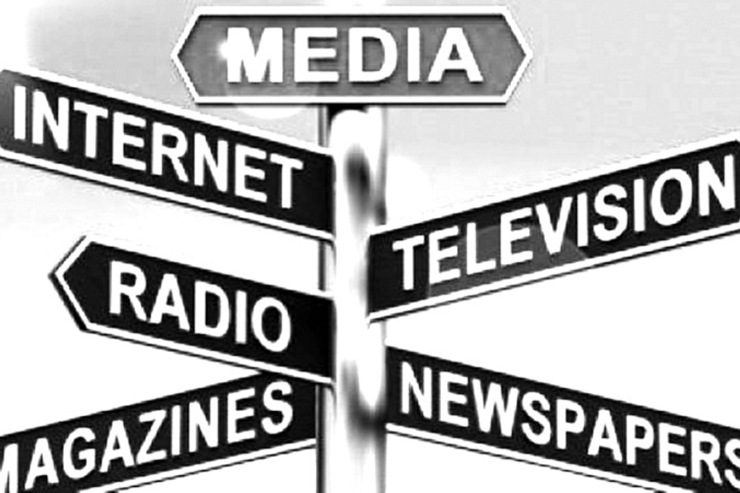 The news of the censorship of an investigative show funded by the European Union in one of the largest national media in Albania has been circulating in the local media for some days.

As a matter of fact, the show “Top Story” withdrew from Top Channel television a few days before the broadcast of the next series on “Urban Renaissance Oligarchs”. Public accusations immediately erupted between the director, Endrit Habilaj and Top Channel for extortion and blackmail or censorship.

“We regret to inform the public that the investigative show “Top Story” should stop broadcasting on the national television Top Channel.”

The staff was inexplicably notified of the cancellation of the show on “Urban Renaissance Oligarchs” on Wednesday, 30 March 2022 even though the promo had been broadcast on Top Channel for three days.

This investigation highlighted the problems, abuses and corruption in the construction of city centers in the last 8 years.

In fact, for several months, the staff of Top Story has been under pressure from the owners, starting from the way the topics were treated, the dismissal of the author of the show, the interventions in the editorial line, to the censorship of the name of the show.

It should be noted that Top Story has been awarded 4 international awards, two of which by the European Union and two others by the OSCE. Top Story started broadcasting on September 19, 2018, with a team of professional journalists who went beyond basic reporting information.

This team has produced over 100 documentaries denouncing scandals of all kinds from concessions, big companies, oligarchs, to high levels of political or justice officials that violate the public interest.

For 12 months, Top Story had also won a support grant from the European Union worth 165,000 euros to support the editorial independence of this investigative show. The program “Urban Renaissance Oligarchs”, which was not broadcast, was also part of the European Union funding.

The above is the announcement of the Top Story staff that informed the closure of this investigative show that was followed by another announcement, but this time by the Top Channel television

“We dismissed the extortionists. The investigative show continues with a different name and mentality. Top Story returns to the political “prime time”, says Top Channel.

The Top Channel legal team is preparing the relevant file to forward it to the authorities so that the legal responsibilities and the damage caused to the company by these individuals, who have used the profession and the show as a means of extortions and threats abusing also with foreign donations, can be found.

The investigative show that bore that name for three years will not close. It will continue starting next week under a new name and a new leadership. And moreover it will have a new mission, that of the truth, and not of extortions, said among other things the announcement of Top Channel on the closure or alienation of this show.

The reaction of the journalist and host of this show, Endrit Habilaj, was immediate, who in response to Top Channel not only denied the accusations but answered back with new accusations, highlighting only the tip of the iceberg of the mud into which some of the Albanian media have plunged.

Journalist Endrit Habilaj asks some sharp questions to the leaders of the largest media in the country:

– Did you extort money from Samir Mane, canceling the show “Cadastre of Vlora?!”

– A question to Sokol Balla: are you imposing extortions on egg production establishments and what extortions have you promised to Vjollca Hoxha by coming to Top Channel.

– Mrs. Hoxha, why are you attacking the Cadastre every day? Have you asked for the legalization of the Folie building at the pedestrian area and then the construction of a tower there?

(Click here for the full reaction of journalist Habilaj)

Journalist Endrit Habilaj asks some sharp questions to the heads of the largest media in the country.

If we will be guided by the accusatory questions of the journalist of this show regarding extortions then all the activity of the show “Top Story” during the last year should be undone taking into consideration the sensitive topics that have been broadcast by this show to the public. As for example the Vetting process and not only that. The question naturally arises: Are we dealing with misinformation of the public and hitting some elements through this show?

Thus, the Union of Albanian Journalists in a way confirms such a fact. The union has reacted by saying that the accusations and counter-accusations of the parties reveal corruption and censorship in the media, while appealing to the support and encouragement of journalists to denounce such realities everywhere in the country’s media scene, to increase courage and professional determination in the fight against compromising the role and profession of the journalist, in defeating censorship and the use of journalism.

Thus, the Union of Albanian Journalists confirms such a fact in a way. The union has reacted by saying that the accusations and counter-accusations of the parties reveal corruption and censorship in the media, while appealing to the support and encouragement of journalists to denounce such realities everywhere on the country’s media scene, to increase courage and professional determination in the fight against compromising the role and profession of the journalist, in defeating censorship and the use of journalism.

“The episodes of this story that deal with journalists, editors and a national television are part of a great professional and public sensitivity. They become signals of the existence of a widely accepted reality of corruption and media affairs in the country. At the same time denunciations and counter-denunciations for censorship and abusive practices in the relations between the editor and journalists are revealed and, indirectly they compromise the donors.

The Union of Albanian Journalists appeals to the support and encouragement of journalists to denounce such realities everywhere on the country’s media scene, to increase their courage and professional determination in the fight against compromising the role and profession of the journalist, in defeating censorship and the use of journalism. Such phenomena are unfortunately talked about daily in the informal conversations and meetings of reporters covering such a field and especially of those who are part of investigative newsrooms in many media in the country.”

(Full statement of the Union of Albanian Journalists)

As stated in the reaction of the Union of Albanian Journalists “denunciations and counter-denunciations for censorship and abusive practices in the relations between the editor and journalists are revealed in this clash and, indirectly they compromise the donors.”

And we will dwell exactly on the latter. It is outrageous that these counter-accusations show that EU funding in Albania has been misused for media extortions.

The Office of the Delegation of the European Union to Tirana has given a large sum of 165,000 euros to the show “Top Story” on TV Top Channel, a national television and extremely powerful financially.

As such, this EU funding monopolizes the media and journalism, as it does not give any breath to other small, which are, as a matter of fact, independent media.

Numbers are required from small media, how many followers they have, how many clicks they have, but unfortunately no one asks how much time a reader spends on your portal or media. How credible and true is this media or this journalist?

They only require clicks, ‘likes’ on social networks and the web.

Those who have different sources of funding it is extremely simple to present such numbers. For example, an instagram page with over 11,000 followers is usually bought for 300 euros, or a Facebook page, but how effective these followers are for the media. Do they constitute broad public opinion? This is a topic worth to be dealt with at another time.

Regarding the concrete problem with the financing of the European Union for various media in Albania, the show Top Story reveals to us only the tip of the iceberg of the misuse of European donations in the country.

We often hear in the media that the EU allocates millions of euros for Albania, but no one asks or follows where these donations go, what their efficiency is, what tangible benefits our society has.

The embassies of these countries, although they occasionally open applications for the media and freelance journalists, are extremely hermetic in information and these applications for some media remain hostage to the European bureaucracy. For some lucky others, the “bag” is opened just because they have a great logo. And so the donations again go to 2-3 “vip” journalists, who control or manage these projects and so, the EU funding for free media remains in the same vicious circle.

Although one of the key elements for Albania’s integration into the European Union is media freedom, and EC reports often indicate a decline in press freedom in Albania, it seems that part of the limitation of this freedom is the European Union office itself in Albania with the selection that seems to have made to help the media and journalists and to give them a kind of freedom which comes only when you have economic independence.

Over the last decade, the media market has been in catharsis.

One can say that there is media freedom in Albania as there are hundreds of available portals (many of them illegally registered), but do we have independent media and journalists?

Indeed, today everyone has a media, at least access to online media. Almost every MP has a portal and a journalist who works for him, every businessman opens a portal at least or an influential media to protect his interests.

So the media is personalized. But who protects the interest of the general public?

Why don’t the Embassies of the EU member countries help small media to grow up healthy away from blackmail and media lynching?

The only impartial financial instrument could be from the EU, if indeed its purpose was to help the financially disadvantaged media thus creating a powerful, independent and impartial media. Albania has journalists with integrity and professionals but who stand behind the computer keyboard so invisible and keep silent as their voice is suffocated by dirty money.

This is a failure not only of the media, the government, journalists in Albania but also of the European Union and all those Ambassadors who legitimize the “law of the jungle” of being with the “strong and close to the strong”.