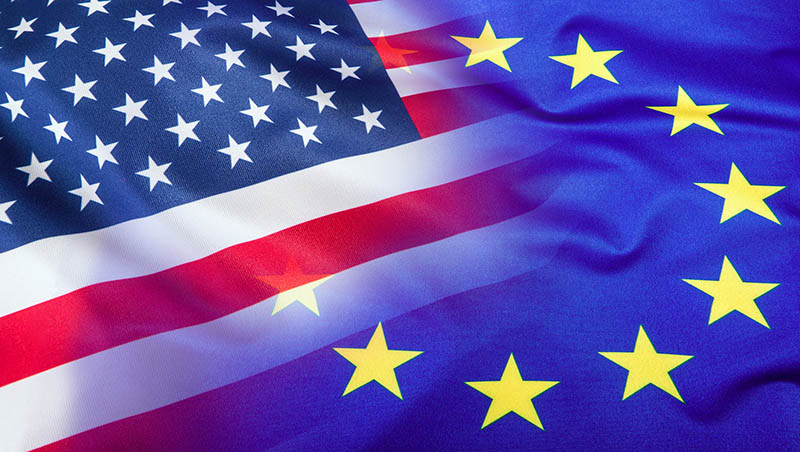 On 3 November the United States will be voting and a few days later we should know the successor to the unlikely president the country gave itself 4 years ago.
The overwhelming majority of Europeans do not want the incumbent to be re-elected.
If his challenger wins, the world, the Americans and their partners will gain a more polite, less unpredictable and certainly more sensible interlocutor. However, they would be wrong to believe that the transatlantic relationship will revert to what it was during the Cold War.
Challenged by the Chinese for world leadership, the United States has for some time now directed its gaze towards Asia and is more openly suspicious of a united Europe. It is too rich, too commercially successful, and even though its political and social model is less agile because it is fairer and more supportive, it has become an economic rival. If, moreover, it begins to weigh in on the international scene, to defend its interests there and thus to emancipate itself, it will quickly become an “enemy”, which the current resident of the White House rather too hastily declared.
Whatever the American President and Congress, on the other side of the Atlantic, we are living in a time of withdrawal, sometimes aggressive nationalism and invasive egoism. This has led the Americans to maintain convenient enemies such as Russia, to turn a blind eye to dangerous partners such as Turkey, to try to impose American law outside its borders, to act unilaterally just about everywhere and to systematically undermine the semblance of international order that they themselves at first constructed.
We are far from the values that America once embodied: Freedom, Democracy and Human Rights. The United States has rejected the International Criminal Court and is even threatening it. It has withdrawn from UNESCO, from the UN Human Rights Committee, from the Paris Agreement, has not ratified the UN Convention on the Law of the Sea (Montego Bay), which it demands be applied by others, and so on.
Europeans are going to have to live for a long time to come with an uncooperative United States and must therefore learn to live with this powerful and difficult partner by trying to be themselves. They must, and if necessary, just a few of them, define what they want to do with America and not just wait for it to tell them what they are going to do. At the very least, there will have to be a frank and in-depth dialogue regarding the reality of these long-shared values and their contemporary interpretation.