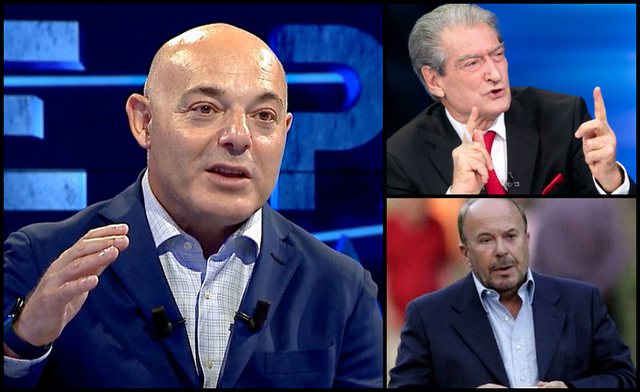 Blendi Fevziu has narrated details from the meeting between Nano and Berisha in Vienna in 2010, a meeting where Fevziu was also present.

Invited to the show “The Unexposed” on MCN TV, Blendi Fevziu declared that the conversation between Nano and Berisha is one of the most beautiful and interesting he has heard in his life.

Excerpts from the conversation at TPZ:

Ylli Rakipi:  Fevzi, you once had a close relationship with Sali Berisha. Are you proud of this or do you regret it?

Blendi Fevziu:  Absolutely, the part of the friendship that I have had, that I have attended, has been one of the most interesting moments of my life.

Ylli Rakipi: Do  you continue this report?

He shot me once, one of the most beautiful conversations I’ve ever seen in my life. I was returning from Brussels, Sali Berisha was prime minister, we arrived in Vienna. In Vienna it was Nano. I called him and Nano came to meet with Berisha.

With the exception of a 15-minute period when they did that usual rant, at one point and I have never said this, they started talking about the work of Albania’s integration. In 2010. Nano was still early, he had just left, there was a 5 year old. They talked about the characters, the problems, the flaws. The conversation there was one of the most extraordinary discussions I have seen in my life. Two people with a spectacular reflection, to see where the weak points of the country are. They were not talking about votes, when it comes to votes they transform. But the conversation that lasted about 2 hours, one of the most interesting things I’ve heard.

There I understood that these are people who, deep down, know politics and their country so well…/ TPZ