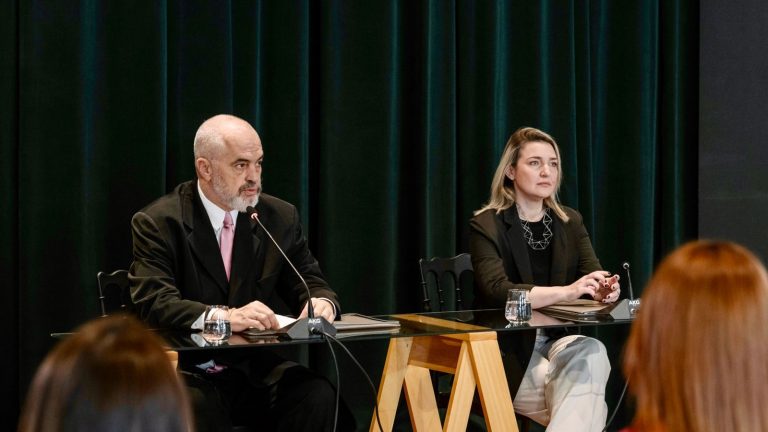 TIRANA, April 25 – The cycle of international culture weeks started at Skenderbeu square in Tirana on Monday and it was launched by France.
Prime Minister Edi Rama said during his opening speech that this will become a tradition and the bridges of cultural cooperation between states will be further strengthened. He stressed that it aims to increase the calendar of cultural and entertainment activities.
“There will be different activities. Of course, this program has an extremely special importance for creating many bridges of recognition, of different experiences and cooperation,” said Rama. “I am convinced that step by step the fever of competition will start to grow between the representations and the ambassadors here to make their country as present as possible and to bring diversity in these weeks,” noted the government head.
“France opens this program. A nice coincidence here after an important day of Emmanuel Macron’s reconfirmation. He is one of the supporting pillars of the EU infrastructure. We are relieved by yesterday’s election in France. On the other hand, it is unquestionable that since France is the first in this series of countries next year it will make more efforts for engagement here,” Rama said. /Argumentum.al