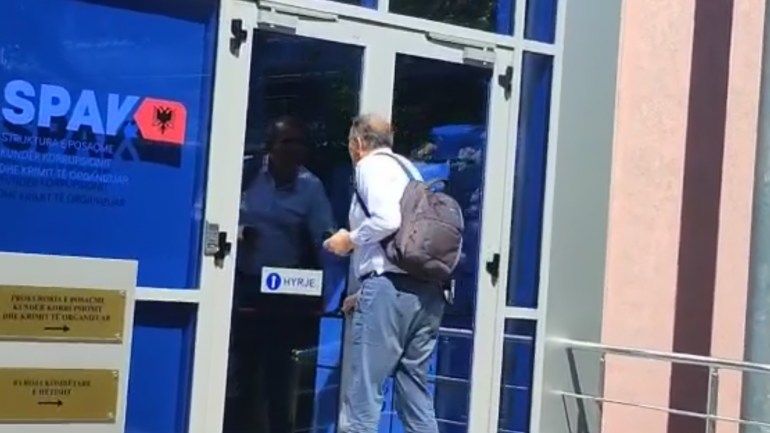 TIRANA, July 18 – Former Minister of Health Ilir Beqaj was interrogated on Monday by a group of investigators of the National Bureau of Investigationial (NBI) in relation to a probe in which there are suspicions that he and his subordinates are involved in  corrupt schemes.

According to local media, he is suspected to have committed criminal acts of abuse of office and violation of equality in tenders.

In a short statement before the media after his first testimony to NBI on Monday, the former Minister of Health, who was also deputy of Socialist Party, said that he answered the questions of the investigators in the capacity of a person who may have knowledge on the case.

He added that he does not avoid responsibility.

Beqaj is the last official, according to SPAK sources, who was questioned about the medical equipment sterilization tender, a procedure carried out in 2015 when he headed the Ministry of Health, while it is expected that the Special Prosecutor’s Office will come to concrete conclusions that can be a request to the Special Court for the assignment of measures or termination of investigations against persons who are suspected of being involved in a possible corrupt scheme. Beqaj is suspected to have been involved in the tender for the sterilization service of surgical equipment that was not offered by the hospitals themselves, but was passed with a concession.

On December 10, 2015, the Ministry of Health signed a 10-year concession contract with the company “Sani Service”. The contract was planned to last for a period of 10 years, with an initial estimated value of 9.6 billion ALL. But, in 2018, the expenses for personalized sterilization services of surgical equipment carried out by the public-private partnership (PPP) were 2 billion ALL, in other words 28.3% more than the plan of 1 billion 560 million ALL, which was programmed in the 2018 budget.