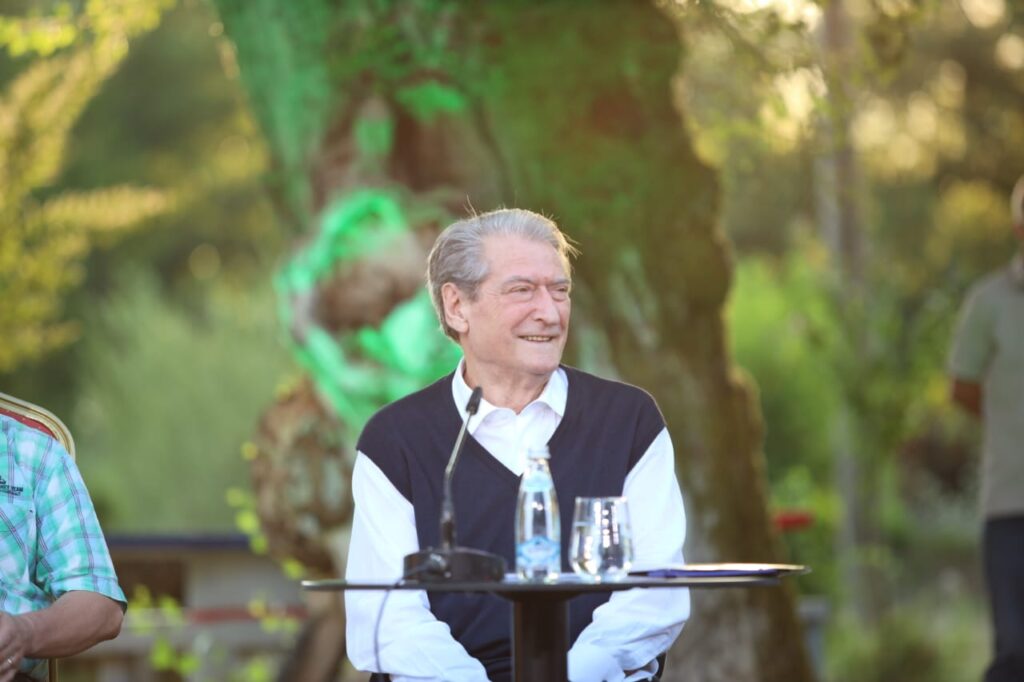 TIRANA, July 28- The chairman of the Democratic Party (DP), Sali Berisha has revealed that he contributed to the security of the United Kingdom when he was in power.

Berisha, a former Prime Minister, made that comment in a meeting in Mirdita region on Thursday. Supporters of DP attended the event during which Berisha spoke of the decision of the UK to designate him as persona non grata following the decision of the US a year ago.
“It’s not in my nature to lie, but they said links to crime have undermined the security of the United Kingdom. It’s shameful and unseen.

When I was in power, I modestly contributed to the security of that country. I was thanked by high officials of that country. Losing all morals It is not the government losing the moral because I know who they are,” said Berisha.