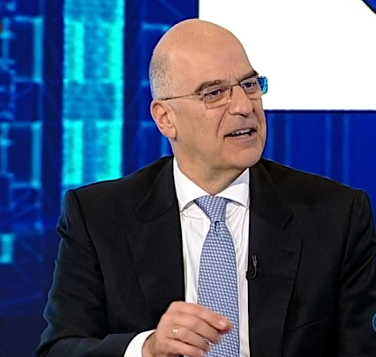 TIRANA, July 21 – Greek Foreign Minister Nikos Dendias has once again revisited the issue of the sea with Albania. In an interview given recently in the Greek media, quoted by local media on Thursday, Dendias said that the 12-mile stretch in the Ionian  Sea has already been decided and there is nothing to discuss except some technical details that will be submitted by the parties to The Hague. Dendias said that the expansion of Greece was done unilaterally, implying that the Albanian side has accepted such a thing. “This has already been done. Albania has 12 miles and we have 12 miles. In Ionian we have 12 miles,” he said.

Asked if that was done in accord with Albania Dendias said: “This was done with full understanding from both sides.” Further he announced that what should be done with Albania is to have a pledging paper with which the parties will turn to The Hague for disputes.

“The issue of the maritime border with Albania is an issue resolved with the middle line,” said Greek FM. “Now, if technical discussions are needed in the context of the Hague appeal, they can take place. But in principle, the dispute with Albania will be resolved in the full sense of International Law and the Convention on the Law of the Sea, UNCLOS,” said Greek top diplomat. Dendias noted that “this is a legitimate right that belongs to Greece according to international law.”