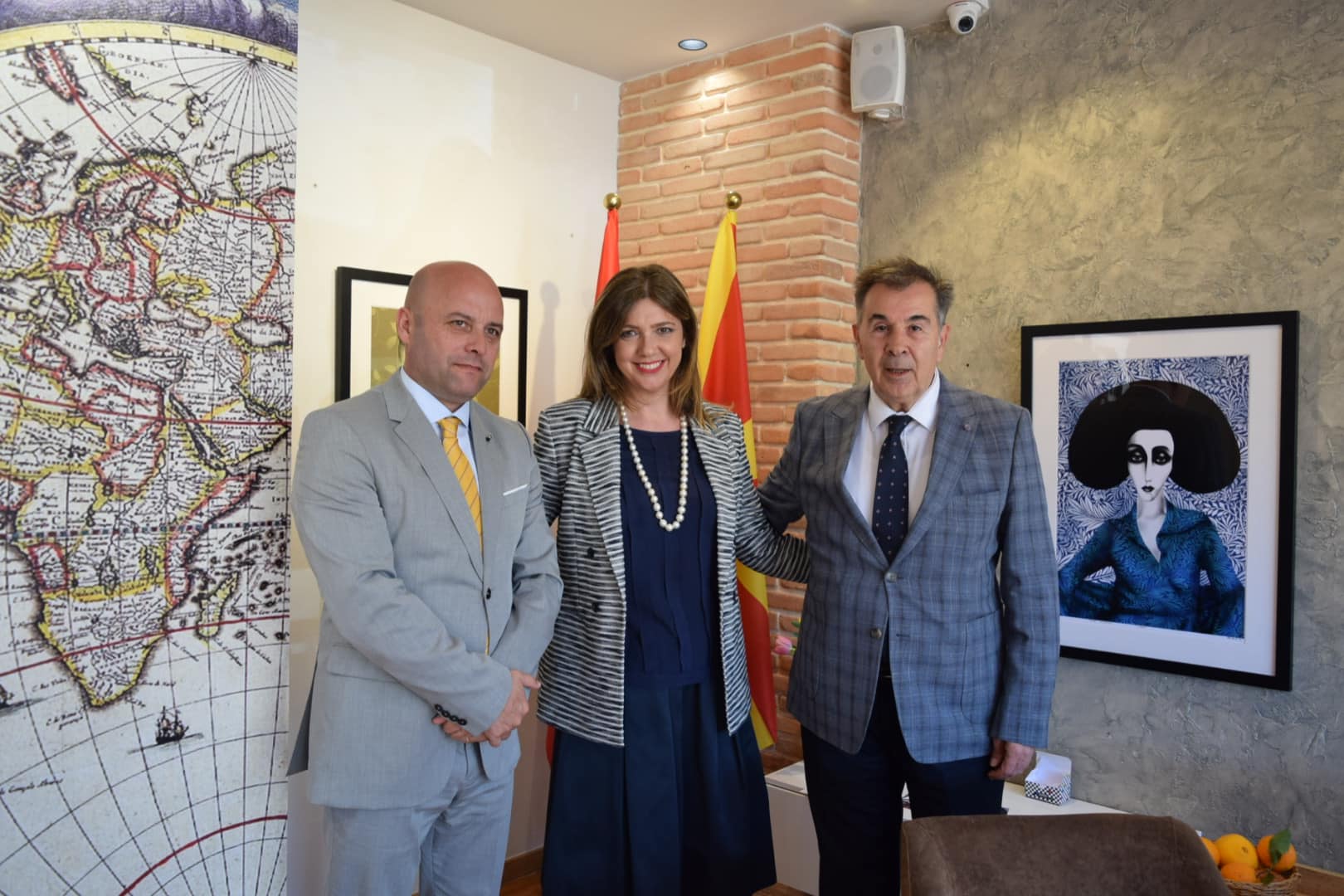 TIRANA , April 28 – The Embassy of North Macedonia has announced the reactivation of the Macedonian Business Club in Tirana. In the presence of over twenty businessmen from North Macedonia operating in the Albanian market, the performance of the Macedonian Business Club in Tirana was renewed on Wednesday. The meeting was also attended by the President of the Association of Chambers of Commerce, Ines Mucostepa and the President of the Chamber of Commerce of Durres, Alban Isteri.

“This is a modern approach to the work of this diplomatic mission, which puts its staff and work potentials fully at the service of businessmen from North Macedonia,” said the Ambassador of North Macedonia in Tirana, Mr. Danço Markovski.

He also stressed that the future activities of the Club will aim at building a sense of belonging to a business community capable of building its reputation among Albanian structures, demonstrating the Macedonian spirit of entrepreneurship, international expertise and promoting a new image of the Republic of North Macedonia.

The meeting was organized at the Cultural Information Center of North Macedonia in order to promote the unity of the Macedonian business community, the possibility of establishing direct relationships and contacts, exchange of information and ideas for a more successful performance before the Albanian business community, respectively issues and problems of mutual interest, further expansion and deepening of economic and trade cooperation between North Macedonia and Albania.

The involvement of the Cultural Information Center of Macedonia in this type of activity, among other things, means overcoming some stereotypes for building economic, trade and cultural ties that should result in increasing the level of economic cooperation.

Representatives of companies such as “Vitaminka Prilep”, “Alkaloid – Skopje”, “Cementarnica Usje”, “Duna Computers”, “Europharm”, Be-Da logistics, etc., expressed satisfaction with this approach of cooperation and protection of their interests. Following the meeting,

During the meeting concrete steps and the way of functioning of the Business Club were proposed.

The next meeting of the Club members will be organized thematically in groups with the presence of Albanian companies according to the B2B principle. /Argumentum.al