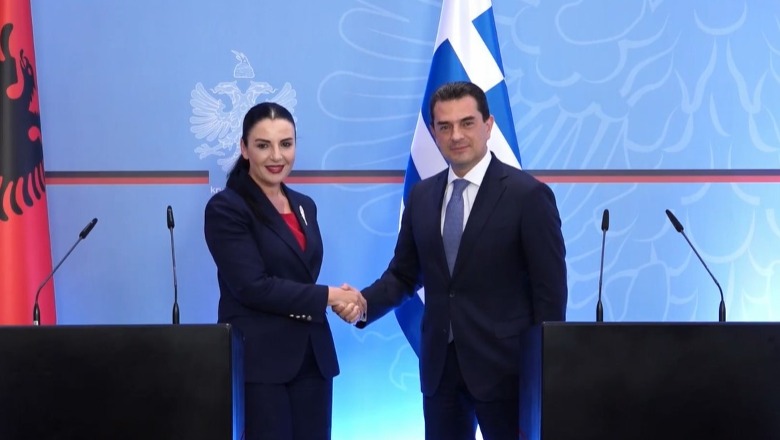 TIRANA, May 13 – The new power transmission line between Albania and Greece will be operational within 2030 on which works started in January 2022.

This was announced by the Minister of Infrastructure and Energy, Belinda Balluku after a meeting with the Minister of Energy and Environment in the Greek Government, Costas Skrekas in Tirana on Friday.

“According to the available information, we aim that the new transmission line between Albania and Greece will be operational within 2030,” said Balluku.

The Minister stressed that another important issue that was discussed was the establishment of the Albanian energy exchange.

“We are cooperating closely with the Greek consortium and the final date for the launch of operations is November 23 this year, fulfilling another condition for the liberalization of the Albanian market as required by the EU,” said Balluku.

She stressed that it was also discussed regarding the investments from the Greek side in the Albanian territory in green energy sources, given that Greece as an EU country, but also Albania with its candidate status, it is necessary for investments to go to green sources.

While the Greek Minister, Skrekas stated that the cooperation is aimed at increasing the competition of the two countries in terms of electricity production. He said that a memorandum will be implemented soon.

“Through electrical interconnections, investments in renewable sources to increase the capacity of TAP, which could use the LNG infrastructure in Albania and Alexandroupoli, we aim to contribute to the protection of energy security of our two countries,” he said. Skrekas said that the Greek side will materialize the functionality of the new electricity market in Albania, which will enable this country to soon integrate into the European energy market. /Argumentum.al