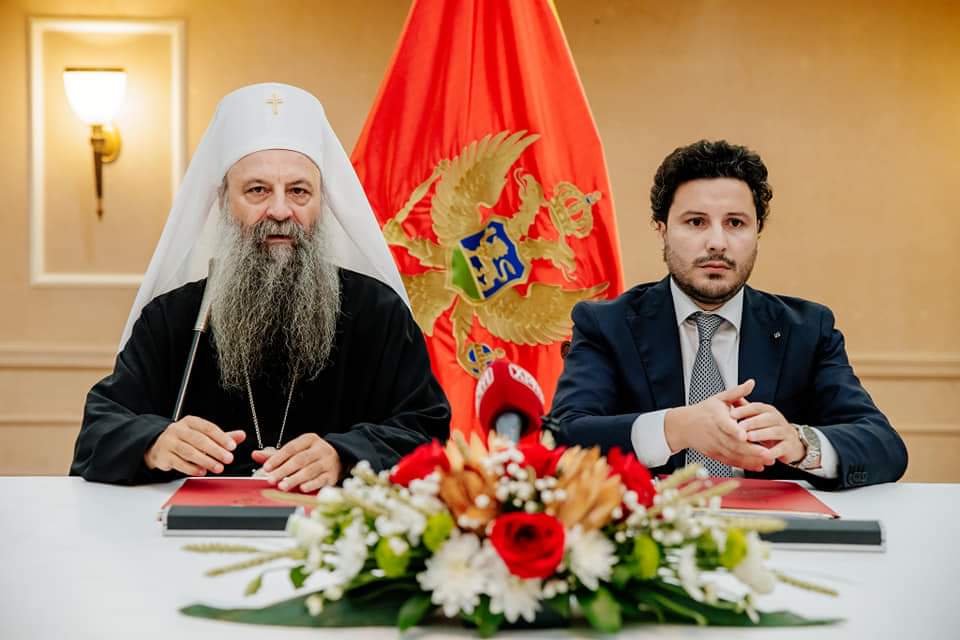 TIRANA, August 3 – Several political parties initiated a parliamentary no-confidence motion in the Montenegro’s government after it signed a long-disputed contract regulating the country’s ties with the powerful Serbian Orthodox Church on Wednesday.

Prime Minister Dritan Abazovic has insisted the deal would resolve a long-standing domestic problem and help heal deep divisions between pro-European Union parties and backers of closer relations with Serbia and Russia.

Abazović and the Patriarch of Serbian Orthodox Church Porfirije signed the “Fundamental Agreement” between Montenegro and the Church.

Democratic Party of Socialists announced the vote of no confidence in the Government.

After a heated debate during a government session that followed the signing ceremony, 36 opposition deputies filed a proposal for a parliamentary no-confidence motion in the Abazovic’s minority government which was approved in April.

The issue of the Fundamental Agreement regulating the status of the Serbian Orthodox Church has been a longstanding political issue in Montenegro.

“I am extremely honored and pleased that we brought to an end the process that, unfortunately, took too long in Montenegro. The idea of signing a contract with the SOC is an old idea, I regret that it was not realized in the previous period. The government is determined to provide completely identical rights to all religious communities. We are happy and satisfied if we contributed to that today,” Abazović said quoted by Vijesti.

The signing ceremony was attended by several Government Ministers, as well as the Metropolitan of Montenegro and the Littoral Joanikije.

Patriarch Porfirije, whose arrival in Montenegro was not officially announced, expressed his gratitude to the Government of Montenegro.

“I am, first of all, grateful to God today, grateful to you, Mr. Prime Minister, for all the efforts you made with your colleagues to end the vicissitudes that have been going on since 2012 here, in a solemn way, and to sign the Fundamental Agreement between the State of Montenegro Gore and the Serbian Orthodox Church,” Porfirije said.

Democratic Party of Socialists (DPS), which is supporting Abazović’s minority government, announced on Twitter that it is launching a no-confidence vote on the Government.

“The agreement signed today, which is violating the Constitution of Montenegro, will be suspended immediately after the election of the new Government”, DPS tweeted.

Minister of Foreign Affairs Ranko Krivokapić, nominated by the Social Democratic Party (SDP) also criticized the agreement, saying it will move Montenegro further away from the EU.

The parliament session on the no-confidence vote will be held on August 19. It needs an approval of a simple majority in the 81-seat parliament.