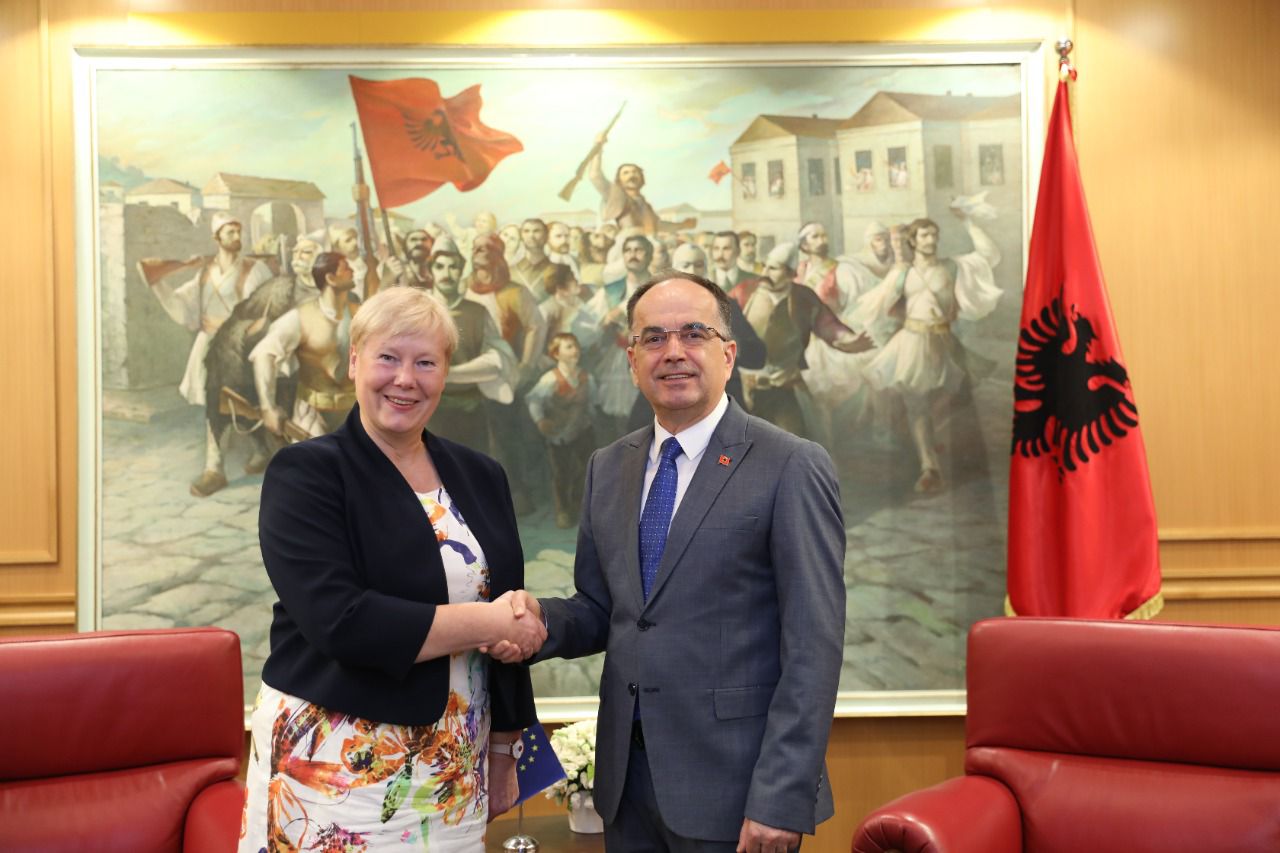 TIRANA, August 2 – President Bajram Begaj expressed his belief that the assignment of the new Head to the Delegation of the European Union in Tirana, Ambassador Christiane Hohmann, will give a new boost to Albania’s relations with the institutions of the European Union, as well as to the negotiating process for the EU accession.

The President made that comment at a meeting during which he accepted the Credential Letters of Ambassador Hohmann, welcoming her to Albania on Tuesday. He assured her of his support and that of the Albanian institutions and expressed his gratitude for the political support and financial assistance that the EU has given to Albania in the last three decades.

In particular, President Begaj expressed his gratitude for the financial assistance given for dealing with the great damage caused by the earthquake of November 2019, as well as for dealing with and easing the situation during the COVID-19 pandemic.

President Begaj underlined, among other things, the political will of Albanian institutions to advance on the path of reforms, stressing that European integration remains the project and the biggest priority of Albania and Albanians.

“Aware of the challenges and difficulties that the EU itself and its member countries are going through after the Russian aggression on Ukraine, I express the belief that the attention of the European Union to the Western Balkan region will be even greater, considering the process of expansion as the best geopolitical instrument for addressing threats to the peace and security of the region and the continent as a whole,” underlined President Begaj.

Ambassador Hohmann congratulated President Begaj on the opening of membership talks of Albania with the EU. She spoke about the progress achieved by Albania so far and the challenges ahead, as the country begins a new chapter on its path to the EU.

“The EU membership process needs sustainable reform efforts from Albania beyond the negotiation process. I and the team of the EU Delegation to Albania are ready to support the country and its people on this exciting path towards EU membership,” said Ambassador Hohmann.

The new Ambassador served as Germany’s ambassador to Estonia and previously as ambassador to Bosnia and Herzegovina. Before that, Ambassador Hohmann held various diplomatic posts in the US and in the European Commission.