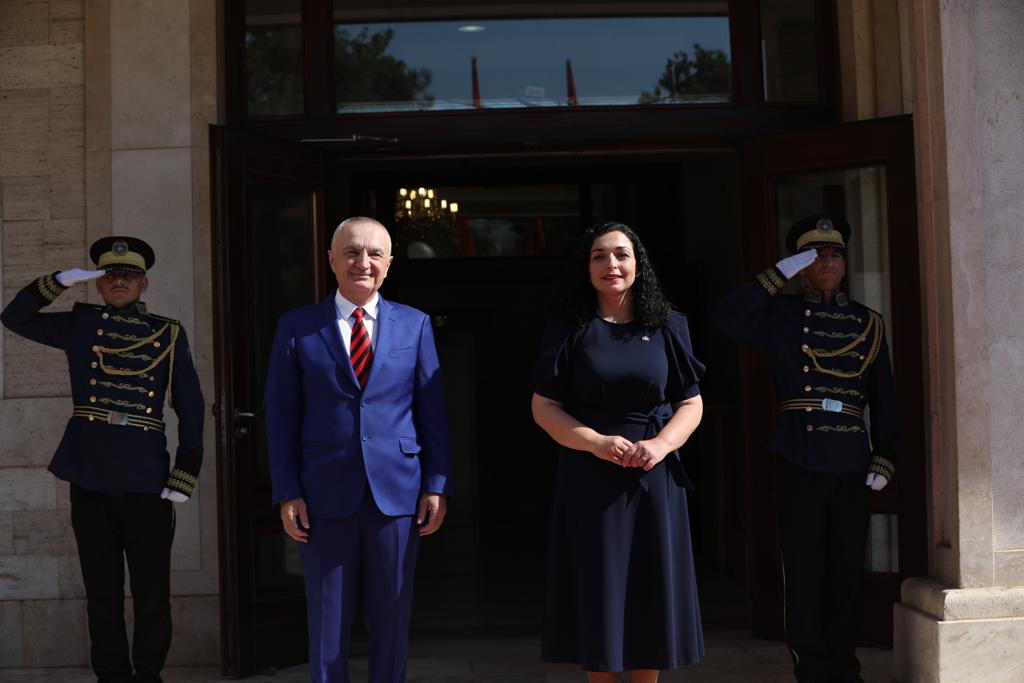 TIRANA, July 22 – The President of the Republic Ilir Meta reacted with a post on “Facebook” after the visit to Kosovo and the meeting with his counterpart Vjosa Osmani.

Meta said on Friday that the inseparable connection between Albania and Kosovo has its roots in the blood shed and the sublime sacrifices of the fathers of the nation and its most glorious heroes. He emphasized that it is vital to maintain the all-Albanian pro-EU and pro-NATO consensus, as the only chosen path.

“This inalienable will requires an even greater political devotion to cooperate more successfully at all levels,” said Meta. The President was happy to share this attitude with the President of Kosovo, Vjosa Osmani, whom he thanked for the cordial meeting, the open and very fruitful conversation theyvhad about the vital importance of deepening the fraternal and strategic relations between the two states. This was the last official visit of Mete as President of the Albanian State as his mandate ends on July 24.

It is reported that the Socialist Movement for Integration (SMI), which has been founded by Meta, will hold its Convention on July 25 and according to previous reports that will reelect him as party chairman. Such a development is expected to bring about a new political scene in Albania gripped by a deep economic and political crisis despite the fact that Brussels decided to open the accession talks. Ordinary people are skeptical about any change to the economic collapse of this Balkan country.