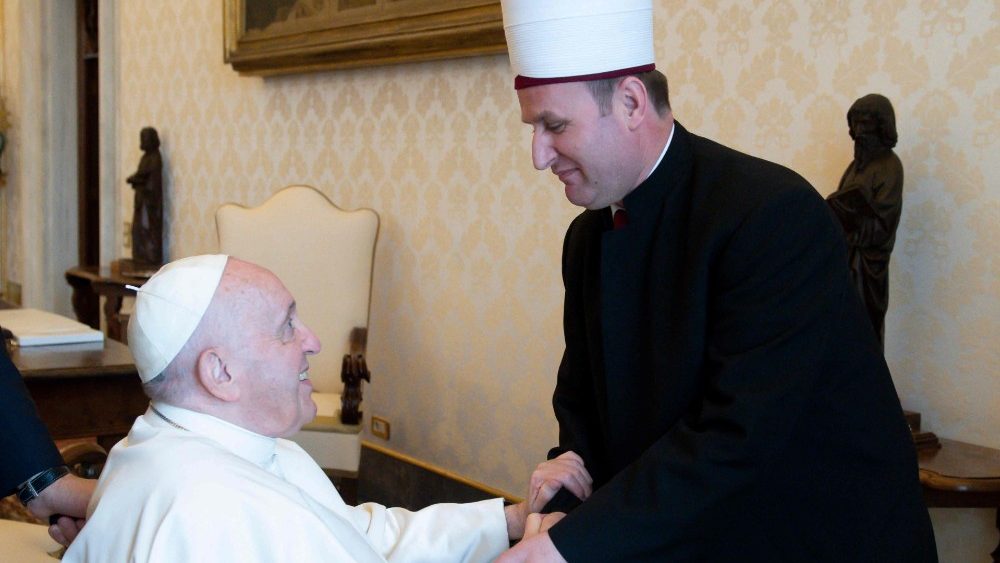 TIRANA, May 7 – The President of the Muslim Community of Albania, Bujar Spahiu, was received at a meeting in the Vatican by Pope Francis. The news was announced by the Community itself through a post on the social network Facebook on Saturday.

The announcement said that the President of the Muslim Community of Albania, Bujar Spahiu, visited the Vatican where he was received in a special audience by the Pope at the latter’s invitation.

“The tete-a-tete meeting between Pope Francis and President Spahiu lasted for more than 30 minutes. Peaceful coexistence between religions in Albania, the Document of Human Brotherhood signed between the Grand Imam of Al-Az’har, Ahmed Tajib and Pope Francis, were the main topic of conversation of Mr. “Spahiu during the audience with the Pope,” said the announcement.

In conclusion the Muslim Community said the two top leaders shared the same views on the role that religion plays in interpersonal relationships, the contribution it plays in preserving these values, especially in protecting the family as a fundamental cell of society, a role which they valued as priceless. /Argumentum.al