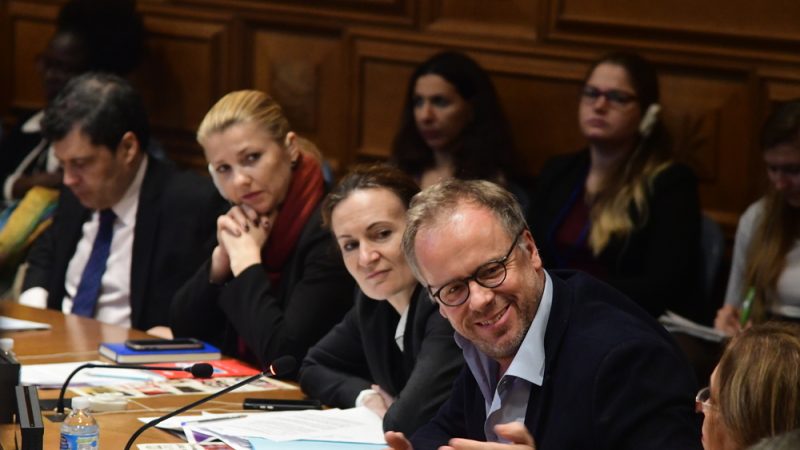 Reporters Without Borders has responded to the claims by Albanian Prime Minister Edi Rama that the reports of media violations in the 2021 World Press Freedom Index were “lies” and “fantasy” by debunking his denials.

Albania fell 20 places in this year’s index to a historic low of 103, news that Rama did not take well. He took to Twitter to claim there is no intimidation of the media, no court cases against journalists, no anti-defamation package, no police violence, and no political attacks and added that there was no such thing as ethical self-regulation in the media.

Pavol Szalai, the head of the European Union and Balkans Desk, released a statement noting the methodology changed from 2020 to 2022 and that Albania had fallen partly due to this and partly due to countries like Serbia and North Macedonia rising.

However, he was clear that “in the period measured by the index, press freedom clearly deteriorated in Albania.”

He then went on to refute each of Rama’s claims.

“First, journalists do indeed suffer police violence. Examples from 2021 and early 2022 are here, here, here. Later in 2022, the police continued to use force arbitrarily against journalists (here and here). Beyond police violence, journalists are threatened by mafia or online, while the authorities are slow to react as shown by the case of the journalist Alice Taylor,” he wrote.

Szalai then said that “contrary to the prime minister’s statement, journalists are regularly politically attacked in Albania.”  He noted Rama’s recent comparison of the online media to Nazis, paedophiles, and terrorists at an OSCE media freedom conference.

He also mentioned Rama appointing close communications aids into key media roles in state institutions and noted the “dangerous” anti-defamation package still pending in parliament. Szalai added, “in this context, the prime minister failed in 2021 to provide guarantees that the new centralisation of his government’s communication will not impede the right to information,” referring to the Media and Information Agency.

Lastly, on self-regulation that Rama said does not exist, Sazlai noted, “I would like to once again hail Ethical Media Alliance’s efforts to create a platform for ethical self-regulation, a very precious initiative to improve media ethics which is a serious issue in Albania.”

The European Commission also reacted following questions sent by Exit. A spokesperson said the Commission has noted the results, saying that “Respect of these fundamental rights is at the core of our policies and a key part of accession criteria and are continuously assessed throughout the accession process.”

The spokesperson added they are monitoring the progress and efforts required to consolidate the protection of the media in Albania.

“The Commission‘s annual reports on Albania also thoroughly assess these matters…It also includes the results of comparative assessments and indices produced by other stakeholders. The next annual report is expected to be published later this year,” they said.

A day after Rama denied any political attacks on journalists, RSF reported on an attack by him, against Syri TV reporter Ambrozia Meta.

Meta asked Rama about Albania’s fall in the RSF Index, and he replied by saying she needed to be “reeducated”. This came after he put her under a two-month embargo, effectively banning her from any interaction with him after she asked him about the arrest of two members of his Socialist Party.

RSF tweeted, “such a scandalous information embargo has no place in a country that wants to join the EU.” /Euractive