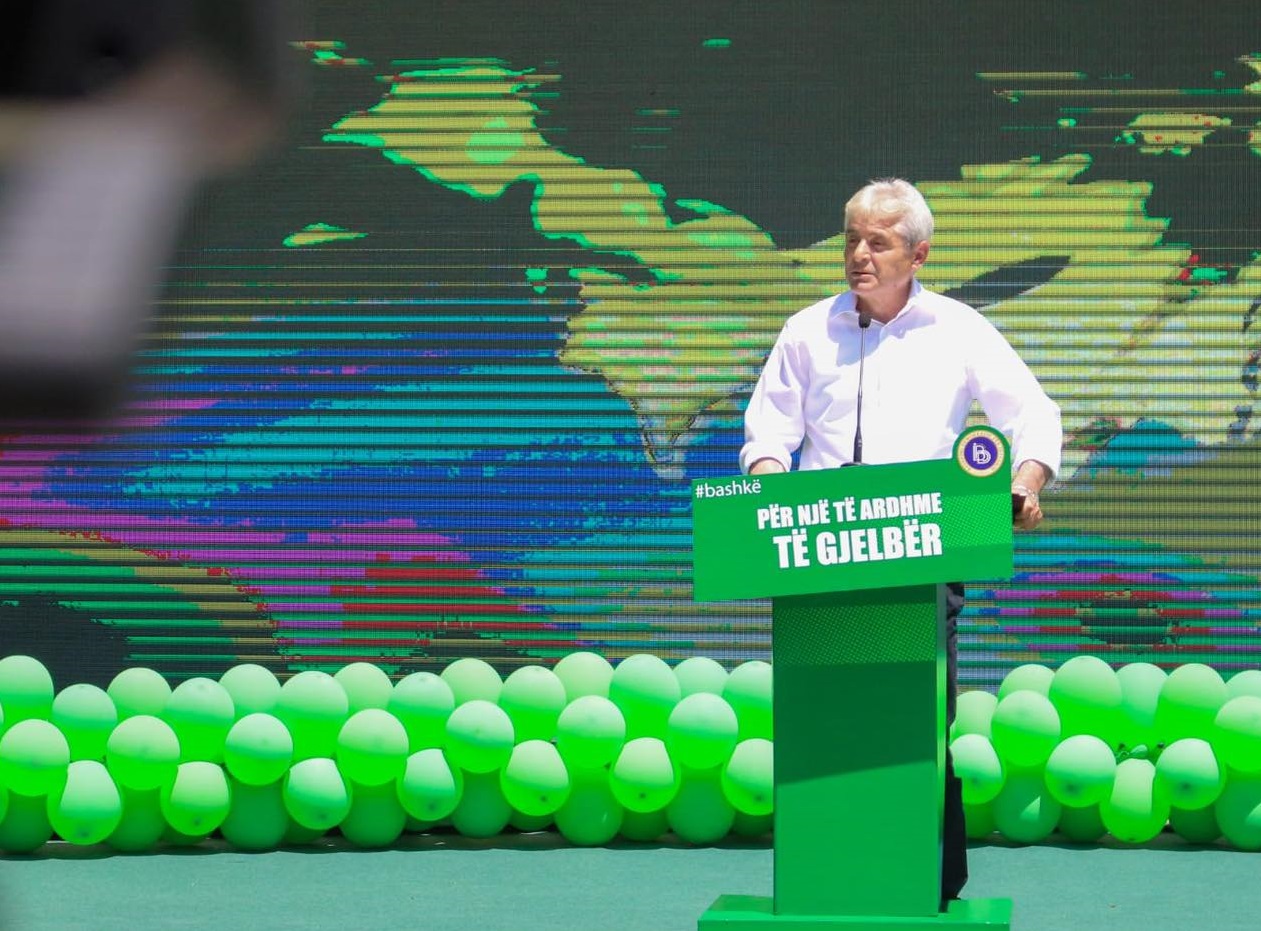 On the 19th  anniversary of the foundation of the party, Ali Ahmeti announced the green platform.

The leader of the Democratic Union for Integration (DUI), Ahmeti (June 5, 2021) unveiled to the party members and the citizens of the Republic of North Macedonia the new political platform that this party will already follow.

The leader of this party, Ali Ahmeti said that the green agenda is the main pillar coming after the realization of the agenda of the Ohrid Agreement for the rights of Albanians, ending once and for all the national rhetoric that has accompanied this political party for 20 years.

This new platform of Ali Ahmeti has come as a “lightning bolt” for all political spectrum in North Macedonia, not because no “surprises” are expected from the old political strategist, Mr. Ahmeti, but because this new ‘suit’ does not fit at all to his political physiognomy cultivated for two decades.

However, it was no surprise to Prime Minister Zaev that he himself did a public relations (PR) service to his co-governing partner, who warned that the DUI had a good task to announce on Saturday, without going into details, and that is in full correlation with the work of the Government, thus affirming a cooperation between them, even making the government available for the personal agenda of this political party, as a guarantee for its well-being (!)

Although the Prime Minister and leader of SDSM, Zoran Zaev has not expressed directly whether his party and DUI will participate in the local elections with a joint candidate for mayor, already after the new platform of Ali Ahmeti, it is all clear that the SDSM-DUI cooperation will continue for the local elections.

But can we say that Ali Ahmeti abandoned his national cause for a “local” cause?

This new political platform comes on the 19th anniversary of the founding of DUI, a party that emerged from the 2001 war when its main pillar was the factorization of Albanians in North Macedonia.

Even in the elections of 2020, found at the lowest point in front of the Albanian electorate, the “hidden card” of Ali Ahmeti was “Time for Albanian Prime Minister”. Using the nationalist card once again he secured another co-government term.

While the Albanians were told that he kept his promise because they would have the first Albanian Deputy Prime Minister from DUI, and the vice PM is more proud of his position as Zaev’s deputy than of concrete commitments to the citizens of North Macedonia.

The new platform also comes on the eve of the 20th anniversary of the Ohrid agreement.

“We have established equality through the full implementation of the Ohrid Peace Agreement, the legalization of higher education in the Albanian language, decentralization, national symbols and culture, the Albanian language, equitable and adequate representation, NATO integration, receiving the green light for EU membership,” declared the chairman of DUI, Ali Ahmeti, on Saturday.

These achievements are indisputably attributed not only to DUI but to the entire Albanian factor, political and non-political, in North Macedonia. While the main beneficiary remains Ali Ahmeti and his Party.

However, this 360- degree turn, on the one hand, should make Albanians everywhere aware that they should get rid of the old nationalist cards that are thrown into the game by those who have nothing to offer but only to benefit.

On the other hand, they have to be vigilant from any new platform served by old political actors.

Although the “Green Platform” is an international platform, even the platform of the 21st century, it must be said that Ali Ahmeti has never been ‘green’ but only ‘red’.

As such, in this political and physiological age only one major event could change the cloaking of former commander Ali Ahmeti.

The local elections in North Macedonia in October 2021 (which may reconfirm or overthrow his political power), the call to testify in The Hague, the US foreign policy towards the Western Balkans, are the bells that only Ali Ahmeti knows to listen to…