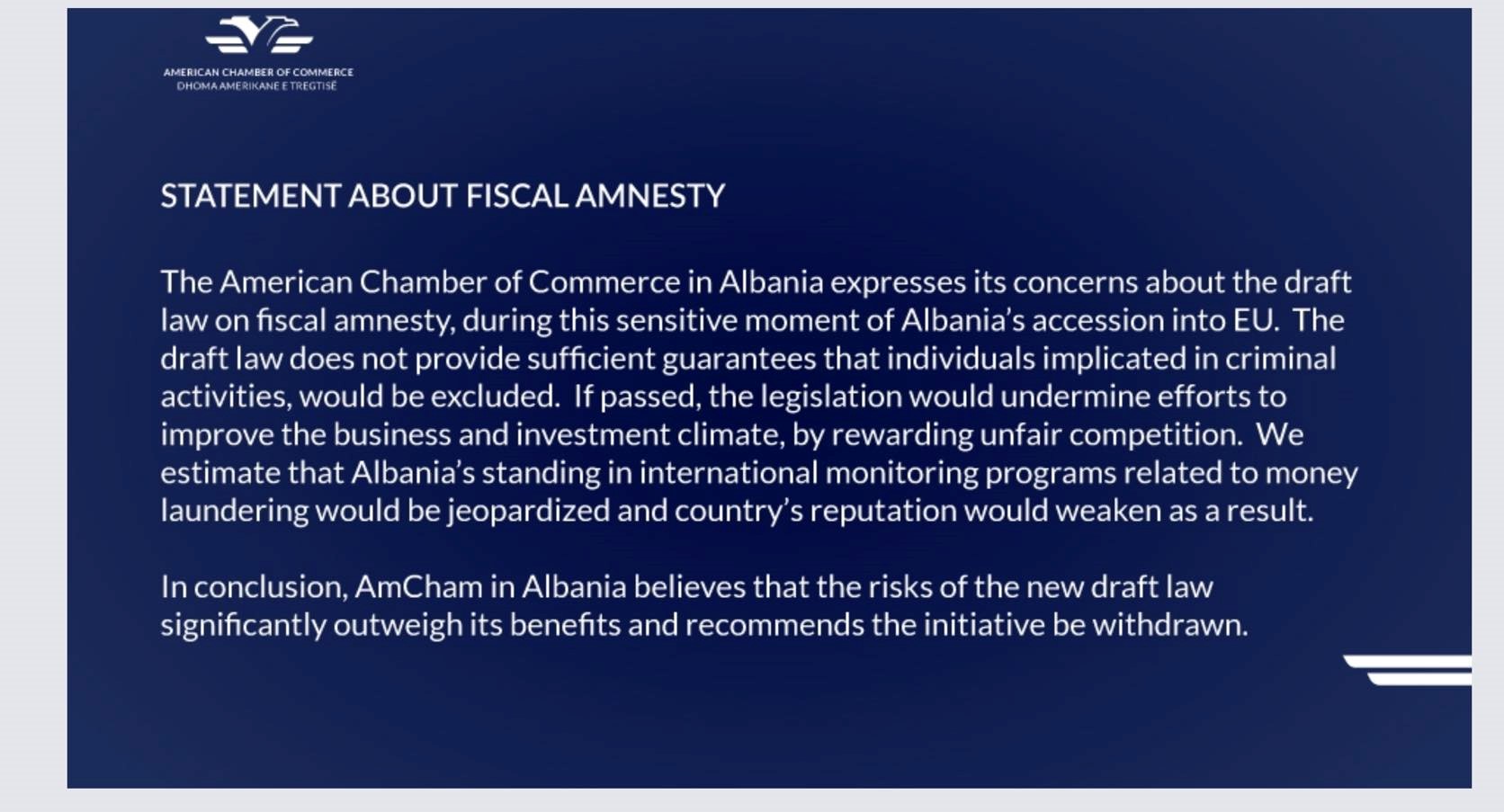 The American Chamber of Commerce in Albania expresses its concerns about the draft law on fiscal amnesty, during this sensitive moment of Albania’s accession into EU. The draft law does not provide sufficient guarantees that individuals implicated in criminal activities, would be excluded. If passed, the legislation would undermine efforts to improve the business and investment climate, by rewarding unfair competition. We estimate that Albania’s standing in international monitoring programs related to money laundering would be jeopardized and country’s reputation would weaken as a result.

As a conclusion, AmCham in Albania believes that the risks of the new draft law significantly outweigh its benefits and recommends the initiative is withdrawn.

the draft law on fiscal amnesty, proposed lby the Ministry of Finance and Economy. While the new bill presents some changes from the previous initiative of 2020, AmCham’s

conclusion is that the new changes are not substantive enough to alter the consequences, previously highlighted by AmCham and other international partners such as IMF and European Commission.

The conclusion of AmCham, based on the technical expertise of three Committees: Legal, Tax and Investments is the following:

These effects will certainly lower the tax compliance level in Albania in the future.

Our assessment is that the approval of this draft law will jeopardize Albania’s position in the international area, including Albania’s chances related to EU accession.

Unless the Government of Albania receives explicit guarantees from international partners, we estimated that the new draft-law would hurt the country’s reputation of doing business

with international partners and lower the ability to attract FDI.

As a conclusion, AmCham in Albania believes that the risks of the new draft law significantly outweigh its benefits and recommends that this initiative be withdrawn.