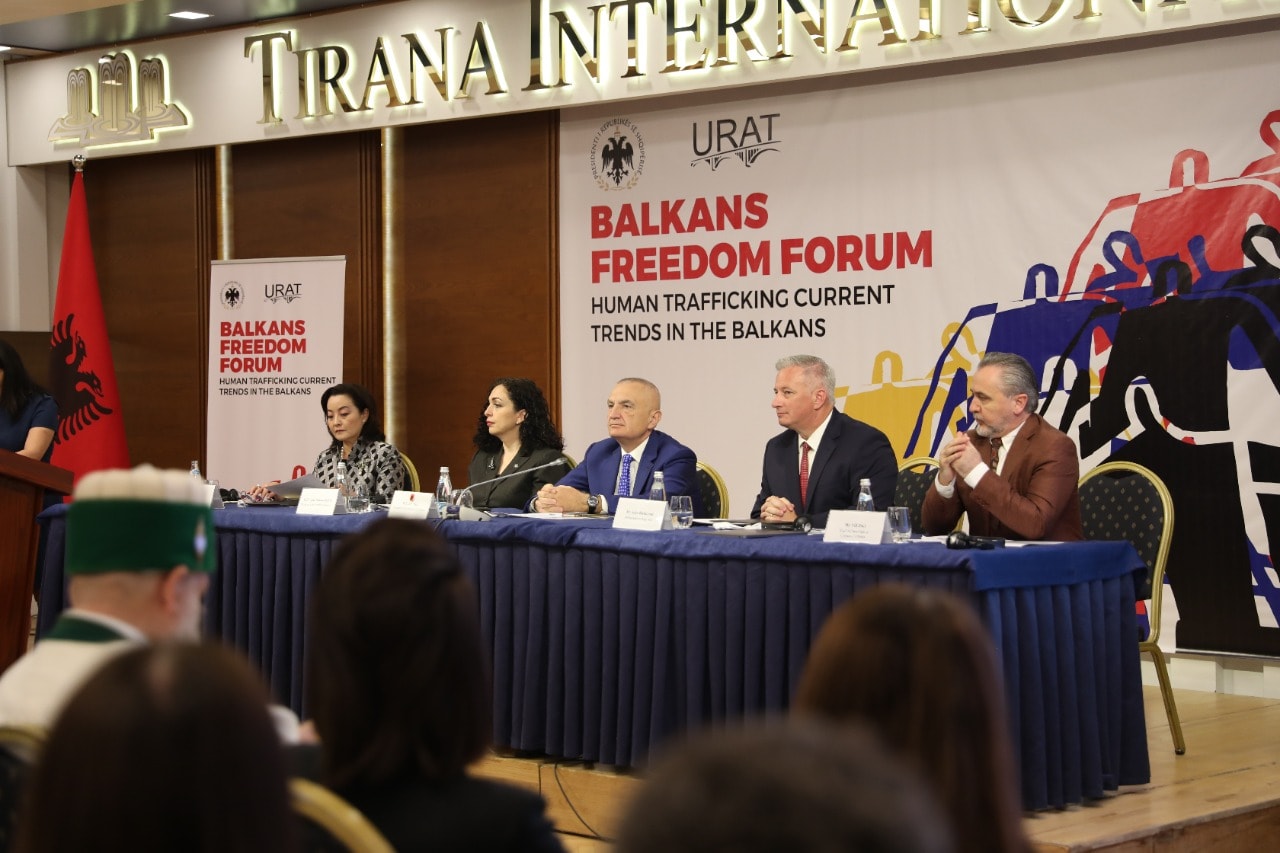 TIRANA, May 25 – “Trafficking in human beings, as it is called modern slavery, remains a worrying problem for the Balkans, Europe and the world,” said President Ilir Meta in his remarks at the “Balkan Freedom Forum” under the theme “The current trend of trafficking of human beings in the Balkans ” held in Tirana on Wednesday.

The event, organized by the Presidency, was attended by the President of Kosovo, Vjosa Osmani, the US Ambassador to Tirana, Yuri Kim, US senators and congressmen, government representatives, as well as many different personalities.

“A significant part of the identified victims are citizens from our region. A series of measures have been taken over the years, but child trafficking is still significant. The COVID-19 pandemic made children more vulnerable to trafficking,” he said.

Meta added that “as provided in the Strategy Against Organized Crime 2021-2025 and the National Action Plan Against Trafficking in Persons, preventive guarantees are required and partnership, protection and assistance, investigation is required for traffickers, including any official and collaborator. There is a need for continuous training of the State Police, prosecutors, for rapid investigation and prosecution of trafficking.”

“Freedom matters because people matter. The struggle for freedom is also taking place globally. Protecting life is a mission that belongs to us all. As Mother Teresa said: Whoever saves a life saves an entire world,” said Meta.

It is reported that the event was an occasion for President Meta to shake hands with the US Ambassador, Yuri Kim as their communication was interrupted since the April 25 general elections in Albania. /Argumentum.al