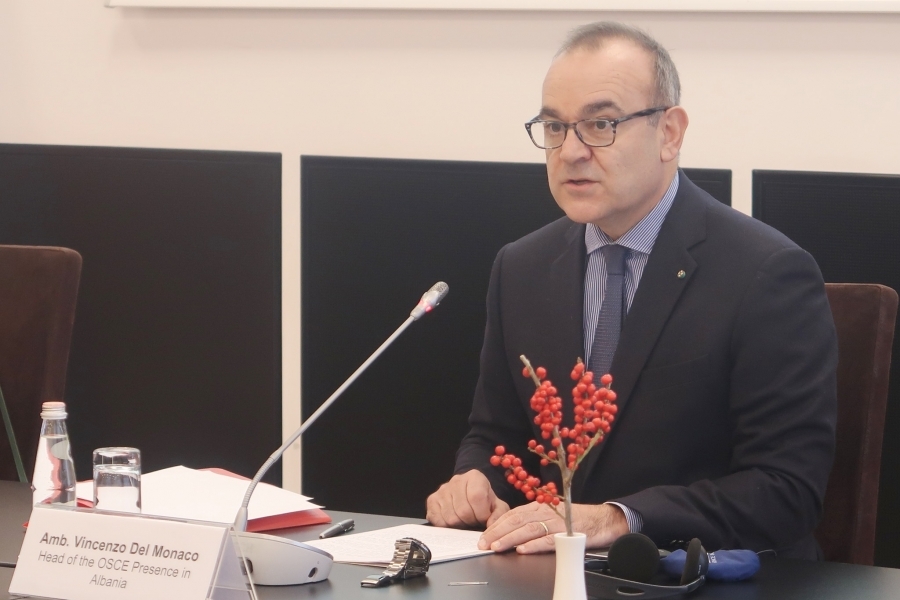 The OSCE Presence in Albania organized an online workshop, on 22 February 2021, to discuss lustration policies and processes in Albania since the collapse of the dictatorship 30 years ago. The event called “Lustration in Albania: The past and the future” – part of the Presence’s work in the field of the transitional justice – brought together national and international institutions, experts and practitioners, as well as lecturers and students from the public University of Tirana and private universities, said a statement issued by the press office of OSCE Presence in Albania on Tuesday.
Participants discussed the findings of a study commissioned by the Presence on lustration processes in Albania since the first multi-party elections in 1991 to date. The Presence supported the study with the aim to enrich the literature in the field of transitional justice and foster scholarly debate.
The workshop was part of Memory Days, a yearly event on dealing with the Communist past organized by the Albanian Institute for Democracy, Media and Culture with the support of the Konrad Adenauer Foundation which started on February 19 and will end on February 26.
Addressing the opening of Memory Days, on 19 February 2021, Vincenzo Del Monaco, Head of the OSCE Presence said: “It is through rational, mature and accepting dialogue, including thorough research, that the past can be understood, so that lessons learnt are integrated into present society, in order to avoid falling into the trap of forgetting the past.”
Since 2015, the OSCE Presence has supported a national dialogue in Albania about the human rights violations under the Communist regime. Recent results of the Presence’s work in this field include the development of an academic Master’s Programme on Transitional Justice at the University of Tirana, and the establishment of a Centre for Justice and Transformation at the same university. /argumentum.al