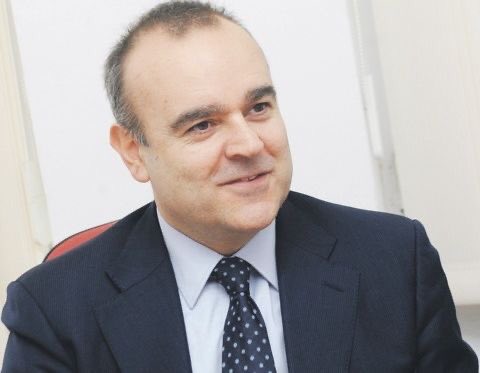 An Op-ed by the Head of the OSCE Presence in Albania, Ambassador Vincenzo Del Monaco

A number of articles about violence against women and girls are making headlines in Albania. Let me praise and express gratitude to the editors that grant adequate space for these issues in the media, and to the journalists engaged in reporting on these painful and tragic stories. Whether through the pages of a newspaper, or the images on an internet portal, media play a fundamental role in helping to break the silence. And the more effective and strong the media campaign is, the better are the chances that other women and girls will find the courage to speak out and help the police and the judiciary in their daily commitment to curb, if not eradicate these horrible crimes. For this reason, I decided to add my voice to this fruitful public debate, and I thank the Albanian Daily News for hosting me on its pages.

My arrival in the country took place during the Albanian Chairpersonship-in-Office of the OSCE. A Chairpersonship that recognized the priority of further advancing human rights, promoting gender equality, and contributing to the comprehensive security concept of the OSCE. Insecurity is in fact also a byproduct of inequalities and discriminations. And the current Swedish Chairpersonship-in-Office has clearly underscored that gender equality is at the core of the work of the OSCE in 2021. For the Swedish, as much as for my team and myself, inclusion and meaningful participation of women are of paramount importance, along with the need to move ahead with the Women, Peace and Security agenda. Equality of rights among human beings is a mindset, before being enshrined in legal provisions.

My arrival coincided also with the global 16 days of Activism against Gender-Based Violence campaign, which aimed to highlight the issue, take stock of achievements, and commit to further action. Violence against women is a plague that spares no country; it is a wound against humanity. Soon enough I came across the evidence provided by the OSCE 2019 study on violence against women,[1] which pointed to a tough reality also in Albania.

It did not come as a surprise to me during a recent OSCE-organized online gathering on this very topic, during an open discussion about “Breaking the silence behind the closed doors”, that there was a lot said about violence against women and girls in today’s Albanian society. Real life stories were shared, responsibilities were identified, and agreement was reached on the most relevant aspects. I could not agree more with a young girl from Mirdita, who, in one of our youth workshops said: “Domestic violence exists as long as gender stereotypes exist, women are not considered as equal, and their contribution is underrated. More needs to be done with young boys and girls to raise awareness and change beliefs and attitudes among new generations”.

This issue cannot be solved by delegating it to one institution or sector. We all have a role to play, as individuals, families, youth, schools, workplaces, media, and institutions. And let me be clear on one point: there is ample room for optimism. While the recent and repeated acts of violence against women and girls[2] are what they are – appalling –, progress is at hand, lessons are being learned, and the Institutions are committed. Albania has taken enormous steps since 2007, when the first law on combating the phenomenon of domestic violence in the country entered into force, to the latest legal measures on protection orders and the removal of the perpetrator from the household, as well as the instruction for harsher criminal sentences and security measures. It is a fact that Albania’s legal and institutional framework has been continuously improving.

The OSCE Presence continues to be a reliable partner of Albania, aiming to bring positive change in the country. We will continue supporting the fight against gender-based violence in our programmatic work with the leading actors and agencies in the country, those who can deliver appropriate regulations, uphold them systematically, and monitor the situation and flag wrongdoing: the Members of the Assembly, the judiciary, the media, and all civil society organizations working in this field.

In 2019, the OSCE-led Survey on the Well-being and Safety of Women in Albania informed civil society, the media, MPs, and institutions, and offered factual data that that served MPs to draft better legislation. It also enabled us to disseminate relevant information to victims in particular, and to all women in general, all over the country.

In December 2020, at the MenEngage for Gender Equality public discussion, we highlighted a few of the many positive models of men and boys who are engaged in promoting gender equality in Albania. We want to make it evident that change will come only when men and boys are part of the solution.

Over the last two years, the Presence organized a series of workshops for youth in Albanian regions on safety and security. The participants identified domestic violence as a security issue in their communities. Therefore, we developed a training course on safety and security encompassing the definition of domestic abuse, types of abuse, the cycle of violence, and the effect of domestic violence on children and young people.

COVID-19 has increased the number of cases of domestic violence not only in Albania; it has also negatively affected the ability of women to enjoy rights and freedoms on a basis of equality with men, also with serious economic implications. A strong emphasis will continue to be placed on the Women, Peace and Security agenda and its comprehensive approach to the active role of women in society and security issues, in line with the priorities of the 2021 Swedish OSCE Chairpersonship. We will also work with judges and prosecutors, through the School of Magistrates and the Women Forum of Albanian Judges, to investigate and adjudicate in cases of violence in the family, as well as abuse and sexual violence against women cases, with a victim’s rights approach.

2021 will be a better year if we join forces, if we let life speak to us, and if we have the talent to see what is missing to make something whole, and a society that is more just.