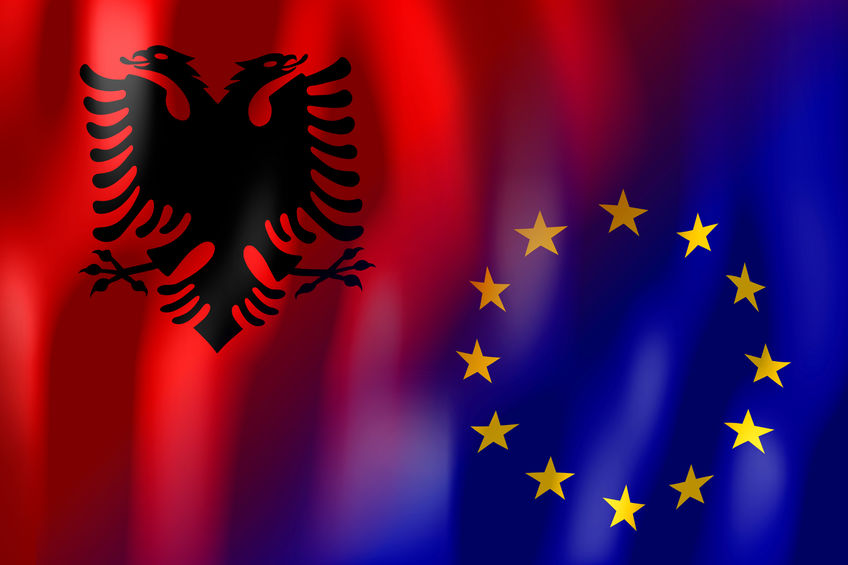 Dick Marty should unite and not divide us! Osmani and Kurti blessed in USA! Diplomatic victory for Erdogan!

1.Albania and not only the governernt will join the EU now that the negotiations are opened. Moreover, since both the merits and sins for this belated achievement belong to all political forces. However, the 30 member delegation with only deputy ministers failed to give this mesage in Brussels on 19 July. There was no representative from the Parliament, civil society, the academic world and opposition. The latter could well be represented with Mrs. Jorida Tabaku, Chief of the Parliamentary Integration Committee. The same occurred in the festive ceremony in front of Prime Minister’s Office.

2. What happened with the Chief Negotiator Mr. Zef Mazi, who was fired less than a week after the opening of negotiations!  25 months ago  proclaimed as the most optimal choice compared to other countries! Whereas now he is not apt due to his “ very high political profile”!!! This explanation was not convincing, eventhough he was thanked for his contribution in opening the negotiations, which in fact was not his task! In fact, the Chief Negotiator sat for two years in the “ substitutes chair” as we have predicted even in this rubric! Hence, caution is needed when they are chosen, not for shows and for instantenous interests; for in this way, we do not provide a good and serious image/ message to our European partners!

3.  Dick Marty should unite, not divide us as it happened in our Parliament on 21 July for the adoption of a resolution,  designed to revise the previous one of the Council of Europe in 2010, in the light of new facts that dismiss allegations of his swiss Rapporteur, Dick Marty on trafficking of human beings by the leaders of Kosovo Liberation Army; the majority should be more tolerant, without criminalizing the opposition  for the crimes in Kosovo and not mention Serbia, their real perpetrator! Neither should it accuse the opposition for its vote in 2010 in Strasbourg. First, if its four MPs would have voted against, it would yet be ineffective, since the prevailing majority there were in favour. Secondly, if they would have voted against, then they would be accused of being against the investigation of those allegations and the damage would be much larger! But the opposition should be also more tolerant and cooperative and not overpoliticise the problem. In short, reports and resolutions of Marty’s sort should not divide, but at least bring us closer, since unite is a big word for our politicians!

4. Democracy now, not in retrospective!  This idea comes to mind now that the UK also declared former President Berisha “ non – grata” Actually, proclaiming someone “ non – grata” is usually adopted in diplomacy, as a form of pressure and sanction. It was very widespread during the Cold War, but even today between USA and Russia and others. However, even in diplomacy it is just a form, not always effective, with temporary and partial impact.  Whereras in politics it is rarely used and the experience hitherto has proved it to be unproductive in encouraging and promoting democracy. EU has also imposed dozens of sanctions against many unwanted persons, without any considerable result. Besides, the British “ non -grata” was even less convincing. It had a single material evidence related to a British citizen, who continues his life normally there. Then, both the USA and UK have taught us the concept and practice of “ due legal process”, i.e. if there are some evidence of guilt, they should be forwarded to a court, which can only decide conclusively on such a presumed guilt or innocence. But, if such non – grata is only a political statement or allegation, then no one should use it as a criminal case. However, a political process requires evidence, arguments and transparency, otherwise it may turn to a boomerang. The other aspect is that democracy cannot advance with such forms, even less in retrospective; it is done every single day, otherwise, if this practice continues, it endangers debates and political battles; with the justification that someone is non – grata and he has no right to express himself; this paves the way to arbitrary actions from those in power. Meanwhile, those who have elected as MP an unwanted person pose the right question whether it is them through free elections or others, even partners that decide. Finally, if our partners want to help us strengthen democracy, they should also declare non -grata current explosive cases, senior officials and leaders. Otherwise, as they say, “ it’s no use crying over the spilled milk”.

5.Osmani and Kurti blessed in USA ! Yes, this maybe said  with capital letters! Their encounter with Secretary of State Blinken, with an inclusive format and themes, where the strengthening of the aleance with the USA was notable. Kosovo was commended for its support to Ukraine, the sheltering of thousands of afgans, its reforms at home and it was encouraged for the dialogue with Serbia with the mutual recognition at the highlight. Full-fledged consensus for all issues. Equally important was the agreement with the US Millenium Corporation for energy projects at an amount of 237 million US dolars in the field of energy. It will increase Kosovo’s  independence from Serbia in this vital area. Not a sinle word about “ Open Balkans” It is self – understood, especially given the Serbian attitudes towards Russia and the statement by PM Rama that “Open Balkans” is not an economic project, which the USA support, but a political grouping. Although PM Rama warned the EU in Brussels that without support for “Open Balkans” would “work havoc”, not a sigle word was mentioned in the final conclusions of the EU Summit on 24 June.

6. Diplomatic victory for Erdogan  was the deal between Russia and Ukraine  for the export of grains from both countries to Europe on 25 July. The vital Turkish mediation saved again the West, this time from the bread crisis. It is undoubtedly a great diplomatic victory for Erdogan; with a great impact at home, in face of the escalating economic difficulties and only a few months ahead of new presidential elections where the Turkish united opposition intends to oust Erdogan after 20 years in power.