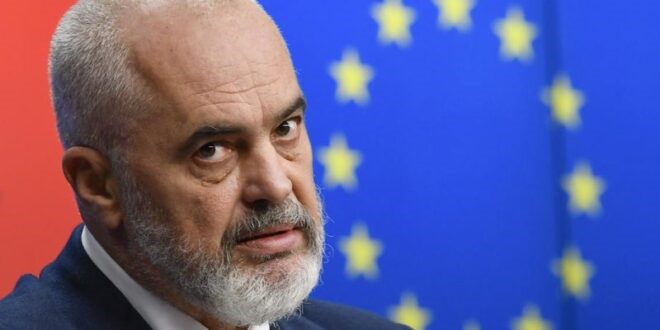 TIRANA, May 12 – If Bulgaria does not give up the policy of holding hostage North Macedonia with its veto on the accession talks with the EU, Albania will change course for starting the first intergovernmental negotiations with the Union.

This was declared by PM Edi Rama in a news conference in Brussels which was made public by local media on Thursday.

Albania’s talks are deadlocked because of Bulgaria’s veto on North Macedonia and Rama has recently declared that there will be a decoupling with Skopje if the current situation continues.

“We are in the position that is known, we will wait for the French presidency (of the Union). Here the issue is with Bulgaria, which has taken North Macedonia hostage and which, as a result, has made us hostage to a major stalemate that we have no connection with at all,” said Rama, who announced that this situation could not continue longer.

“However, we will immediately change course, as we have said and as we have received the approval from the National Counselling in case our country does not move to the next stage to formally sit at the negotiating table,” Rama said.

Asked about the signals he received from last night’s meeting with Josep Borrell Fontelles, the EU High Representative for Foreign Affairs and Security Policy, regarding a possible decision-making on June 6 for Albania, Rama said that the opinion about Albania is very positive. “Albania’s image is completely different today in every aspect. Albania is considered a model for the region, not only here, but also in The Hague, it is very clear,” said Rama.

Further the PM said Wednesday’s conversation focused on the socio-economic situation, and according to Rama, there are countries where the situation is worse than in Albania.

“If we could have shared that conversation with the public in Albania, citizens would have really heard,” Rama said. /Argumentum.al