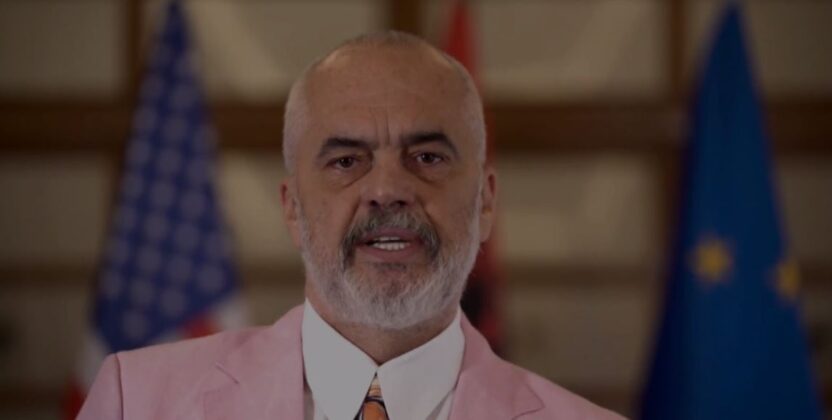 TIRANA, July 28 – “Feel good tonight, feel good every day from now on, because Albania has never been stronger. Albanians in Albania and in this region have never been stronger than today thanks without question to the two heads of the eagle of our friendship, the United States and the European Union.”

This was how Prime Minister Edi Rama advised Albanian people in a video message shown in a festive rally to mark the 100th anniversary of diplomatic relations between Albania and the USA and the opening of negotiations with the European Union. The event organized at the main square of Tirana on Thursday was attended by hundreds of Socialist Party supporters and US Ambassador Yuri Kim.

Rama assured Albanians for brighter days telling them to feel confident in the future and motivated to work every day.

Such a message was launched as Albania is gripped by the severest political and economic crisis which has plunged the people into poverty and a massive depopulation of this Balkan country.

Rama did not mention any economic difficulties of the ordinary citizens in his message.

One of the nation’s largest fireworks display lighted up Tirana at the end the celebration.