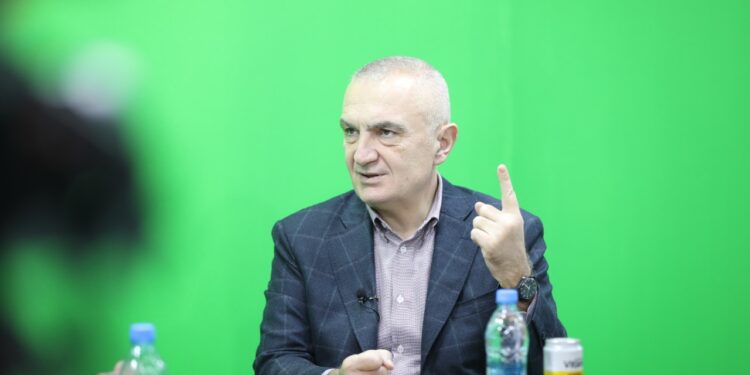 Albanian citizens must take the country’s destiny into their own hands and the elections must bring a democratic upheaval, said President Ilir Meta.
“We are all dissatisfied with the level of integration of our country. It has been 30 years and we see a very negative balance in many aspects. Serbia and Montenegro are far ahead of Albania,” Meta said in an interview on a local TV on Monday.
He repeated the statement made two days ago in Shkodra according to which no one should stand before the integration train on April 25.
He touched upon the dramatic pace of Albania’s depopulation saying that the numbers are frightening. “It is not about departures, but about depopulation. If 1 Serb per 1000 thousand inhabitants leaves Serbia, 12 Albanians leave the country.”
The President further stressed that it is the lack of political will to make the required reforms, to meet the conditions for integration which have been known for a long time.
“Elections must bring about a democratic upheaval,” he said adding that the people should take over their power with their vote.
Further on Meta said unfortunately the prime minister instead of fulfilling the integration conditions has always tried to ignore them. “Of course, this happens because he puts his power over the national interest of the whole country,” said Meta.
The Head of State had a comment on the statements of Prime Minister Rama to the internationals.
“All the rhetoric of the prime minister is an excuse for his failures. It is not the language of the prime minister that has harmed Albania, but it is the consequences of his rule that have harmed him,” concluded President Meta. /argumentum.al