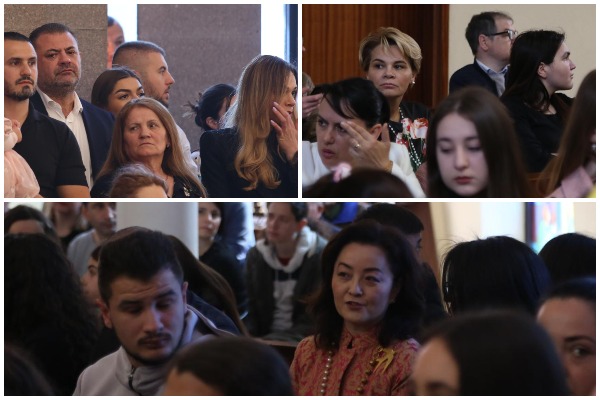 “In the House of God there is no one who says I am better and he is less good than I am. Jesus tells them that you are all brothers, you have only one teacher, Christ, of a Heavenly God,” said the Archbishop of Tirana and Durres, the head of the Catholic Church in Albania, Monsignor Arjan Dodaj during the homily at the Mass at St. Paul’s Cathedral on the occasion of Easter day last Sunday.

“Stripped of these feelings and categories that social networks and media often throw in our heart, mind and soul cloaked with the feelings of Jesus, who washes the feet of all disciples without distinction then we, too, are placed in the mindset of the resurrected Christ in this Easter, to celebrate Easter,” he stressed.

This message of Monsignor Dodaj was a strong bell for all those present, especially for the politicians who seem to have “politicized” Easter day with their presence last Sunday.

Catholic Easter has brought together many believers, among them politicians and ambassadors accredited in Albania. US Ambassador to Tirana Yuri Kim attended Sunday Mass at St. Paul’s Cathedral on the occasion of Catholic Easter. Yuri Kim was photographed among other believers as she prayed at the time of the Mass.

The Ambassador of the Russian Federation to Albania was also seen in the courtyard of the Cathedral, while he was present to congratulate the head of the Catholic Church for this holiday of such importance for the Christian worshipers.

The presence of the chairwoman of the Socialist Movement for Integration, Monika Kryemadhi, was also noticed. While the former leader of the Social Democratic Party Tom Doshi was photographed being in the last rows.  Doshi is a former member of the Albanian Parliament who has been declared ‘Non grata’ by the United States of America and for this reason he has been frequently subject to the statements of the American ambassador, Yuri Kim, who asked that he not be included in Albanian politics.

All against each other politically but apparently united by the day of Christ’s resurrection which symbolizes the defeat of evil by good, the victory of life over death, and the triumph of light over darkness.

These words articulated by many seem to be dedicated precisely to Albanian politicians but also to the Ambassadors to Albania. You are a transient… But have they heard these words really?!