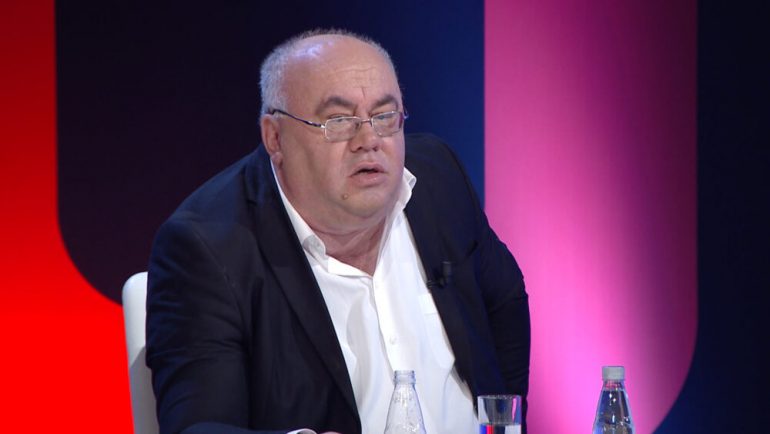 TIRANA, July 7 – The political analyst, Kastriot Myftaraj passed away on Thursday as according to an announcement by police he committed suicide by throwing himself from the fourth floor of the apartment where he lived. The tragic event happened around 12:55 in the “Ali Demi” neighborhood in Tirana. The investigative group is working to clarify the circumstances of the event.

“Citizen K. M., 60 years old, allegedly threw himself from the fourth floor of the apartment where he lived, who died as a result on 07.07.2022 around 12:55 in the “Ali Demi” neighborhood. The investigative team is at the scene and is working to clarify the circumstances of the incident,” said the police in its announcement.

Sources said that he was diagnosed with a serious illness which may have also prompted suicide. Kastriot Myftaraj has been practicing the profession of journalist, analyst and publicist for years, and directed a show with a conspiracy theme “This is Moscow!” The last broadcast of the journalist under the title “Plan for the assassination of a media owner” was on June 17 this year.

The news of his suicide was confirmed by his mother to the police, who told the whole scene that happened. It is reported that the journalist did not appear on the shows for several weeks.

Myftaraj was born in Korca in 1966, while he worked for a period of time as an assistant judge in the Court of that southeastern city and in several daily newspapers in Tirana after the fall of the communist regime.

After moving to Tirana, he published several books. The late Myftaraj has appeared on several Albanian TVs on talk shows, some of which have been considered as controversial. In May 2017, he was arrested by the Tirana police on the charge of ‘Calling for violent acts contrary to the Constitution’. This arrest by the police came after the publication by Myftaraj of an article against Romana Vlahutin, the former EU Ambassador in Albania. He considered the diplomat a “Croatian prostitute whom the Albanians can kill”.