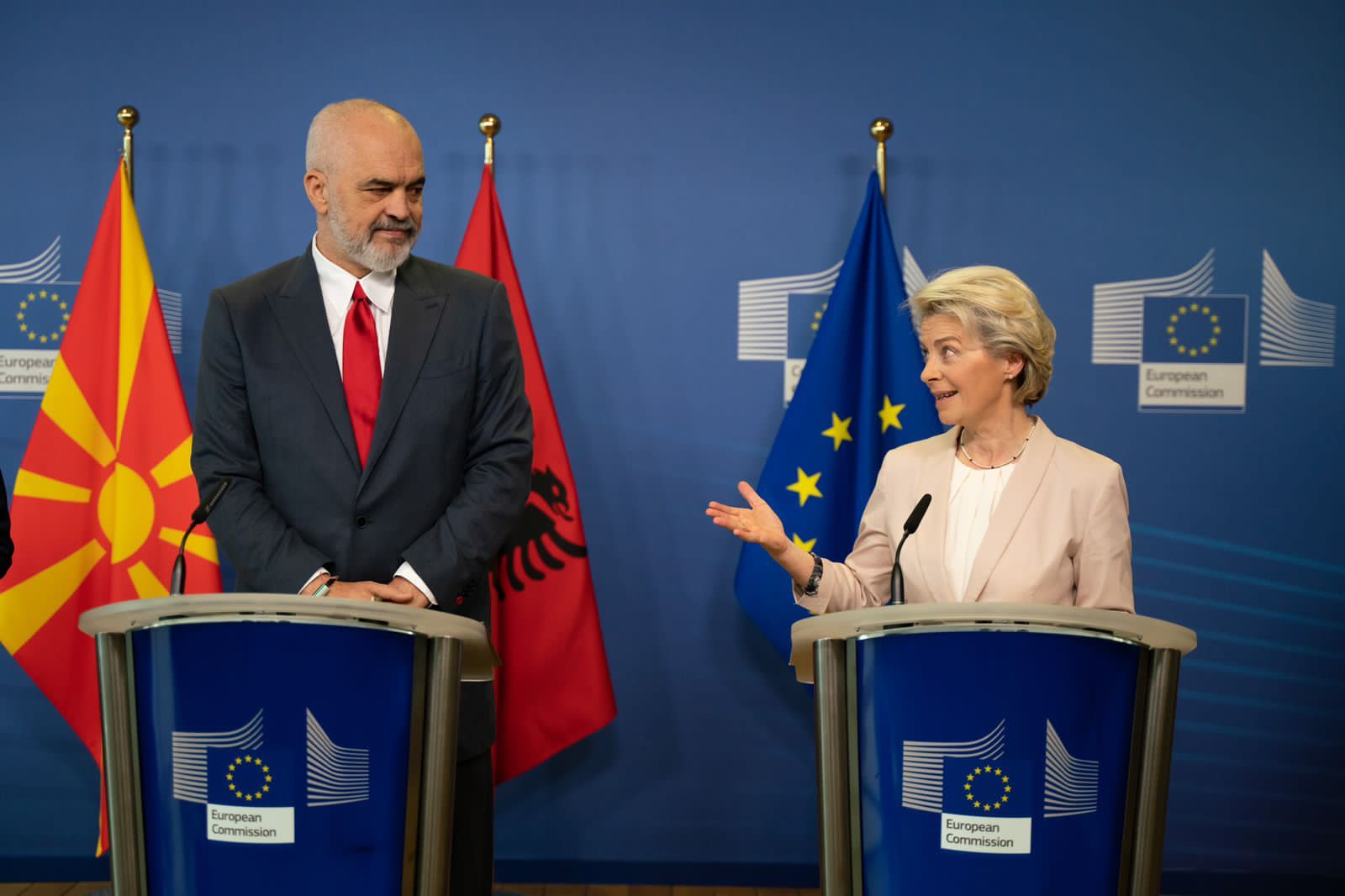 TIRANA, July 19 – After a 16-year wait since the signing of the Stabilization and Association agreement, Albania made a step forward to finally start the formal accession talks with the European Union.

Exactly today, on July 19, 2022, the first Intergovernmental Conference between Albania and the European Union took place in Brussels. This historic and long-awaited event brought together all political actors, welcoming this very important decision for Albania after a delay of several years.

However, despite the fact that this decision is beyond political parties and above personal names, the majority chose to go alone to Brussels, ignoring completely the Albanian opposition.

Asked by the Euronews Albania journalist why there was no representative of the Albanian opposition at the First Intergovernmental Conference in Brussels, Prime Minister Rama said that it is not yet known who is on the side of the opposition in the country.

“The format was designated by the Commission for the entire delegation that would represent Albania at the table of the talks. Of course, we could have asked for a change to invite a representative or more than one from the opposition side. We have a problem that we don’t know who is who on the opposition side,” said Rama.

There is no doubt that Rama and his Socialist Party majority have rejoiced over such a protocol because it is in line with their approach that this achievement was a result of their ‘hard endeavor’. Albanian Socialists pursue the tactic of being alone like in previous elections, in Parliament boycotted by the Democratic Party when chaired by Lulzim Basha. Rama is used to make fundamental decisions alone without the opposition just like at the time of the communist regime. For a moment people can think that the Party of Labor of Albania (PLA) is in power ruling the country alone with a tight fist. As a matter of fact Socialist Party is not too far from that pattern because it is a party which is a continuation of the PLA because it just changed the name rather than leadership and mentality and membership.

But the wonder is in Brussels. How could the highest officials of the EU allow that the delegation of Albania excluded the opposition, representative of more than half of the people? Brussels is aware that this opposition has been part of the integration course and some achievements were reached when it was in power.

The EU has pluralism as one of its pillars and its history has never witnessed any country being represented by one party in such historical events. The Union and its bureaucrats have set another precedent like the previous ones in the case of Albania where, as their behaviour has shown, there is no ‘need’ for the opposition. Rama and his followers would not have the courage to undertake such a wicked decision without the blessing of Brussels and after all the blame for such an anti-democratic act falls on the bureaucratic pyramid of the European Union, which welcomed to talks the representatives of a one-party ruled country!