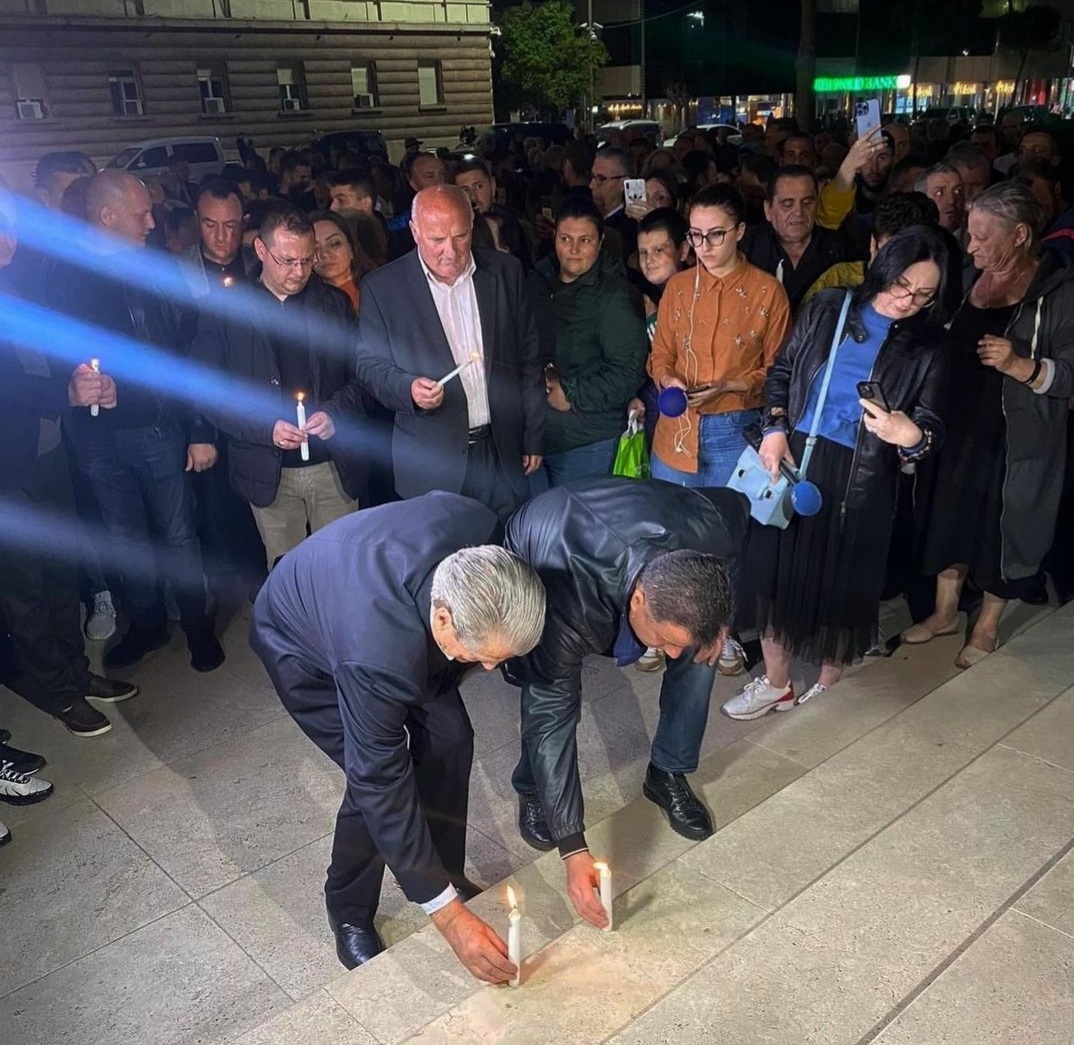 Protests were organized in different cities of Albania on Saturday in front of the police commissariats against the murders in the detention cells. They lit candles for the young man, Ilvi Meta who lost his life at the Kavaja police station in unclear circumstances a few days ago.
Former Prime Minister Sali Berisha declared from the protest in front of the Prime Minister’s office in Tirana after the mysterious death of young Meta at the Kavaja police station that Albanians were dealing with a murderous state.
“Protest for the death of young people in the cells of the narco-commissariats of the Albanian narco-police. In Albania there is a tragic series of young people who enter the cell accompanied and leave in a coffin,” said Berisha.
According to him, the latest case of Ilvi Meta in Kavaja is a tragic case that proves the true face of the Albanian narco-state. “We organized this silent protest to draw the attention of Albanian citizens to this democratic situation in terms of rights and freedoms in Albania. The most painful indicator. Violation of rights in this country is universal… This government functions as a criminal organization that robs the citizens,” Berisha said.
First reports said Meta committed suicide in the detention cell and three police officers have been put behind bars in connection with the case.
/Argumentum.al