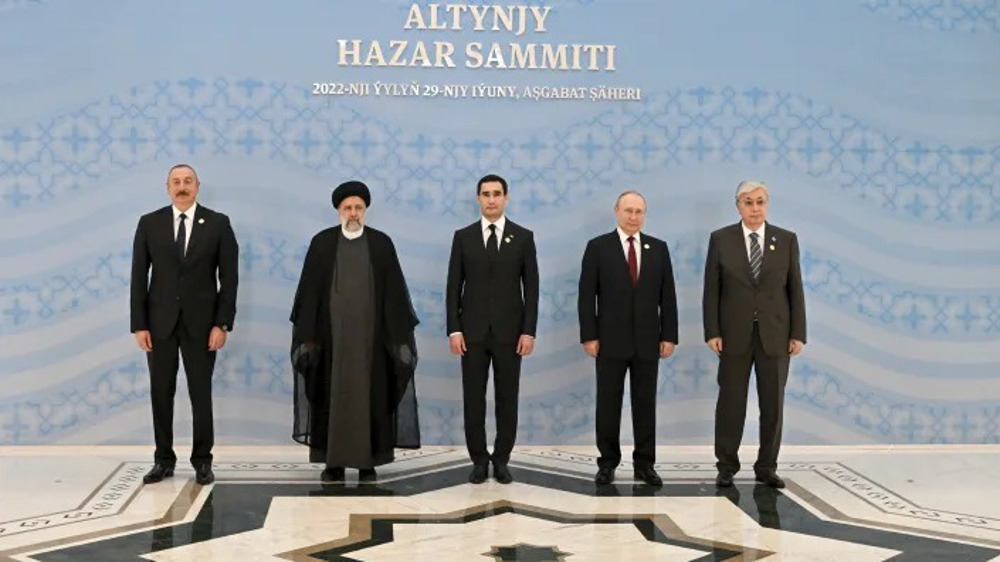 2022 Summit of the Caspian States was held in Turkmenistan’s capital of Ashgabat and it engaged all countries bordering the Caspian Sea; namely Azerbaijan, Iran, Kazakhstan, Russia and Turkmenistan.

The meeting was quite important for Russia, indicated by the fact that Russian President Vladimir Putin personally attended the meeting first time after the war in Ukraine. Thus, it is understandable to interpret his visit in the context of the Ukrainian war. Putin’s interest in the Caspian Sea is mostly driven by economic factors relating to Russia’s “turn to the East,” rather than military or geopolitical considerations.

The problem with trade routes

With the beginning of the war, the direct route to Europe — Russia’s main economic partner and gateway to the world market — was effectively closed off. There have been problems even with regard to sending mails, which was not the case even during the Cold War.

As a result, Moscow started to look for alternative options. Here, the Far East has become a valid alternative. However, the capacity of the Trans-Siberian and even the Baikal-Amur railroads is limited. Thus, the new route through the Caspian Sea to the south emerged in the minds of the Kremlin folk. Potentially, it might offer Russia an alternative route to the Persian Gulf.

The majority of Russia’s economic activity is focused on exports, and gas is a major source of revenue for the Kremlin. Western Europe had been the main market for Russian gas for decades, and the Kremlin had long sought to prevent the development of other alternatives. The Kremlin turned on a Chinese direction after 2014. Siberian power was finished, and new gas lines were planned. Beijing is aware of Russia’s situation though, as the European direction was questionable even before the current war. Yet, the situation became even more dire after the conflict began. Even North Stream 1 is now in danger after North Stream 2 was reduced to a pile of scrap metal at the bottom of the Baltic Sea.

Members of the EU intend to use as little Russian gas as possible to begin with. It is true that some countries of the European Union, including Hungary, kept purchasing Russian gas. However, the main customer, Germany, seems to be adamant in its goal to reduce its dependence on Russian gas. Germany appears ready to return to domestically produced coal, despite its environmental consequences. Western markets are declining and possibly could be closed completely by the EU. The Kremlin, on the other hand, plans to shut down gas delivery completely on its own, assuming that it would lead to economic and political crisis in the EU.

Moscow’s problems are well known to Beijing, which has requested significant discounts. Moscow used the following tactics in this circumstance: First, to prevent Europeans from receiving gas from alternative sources. Second, to look for new markets in Asia. Here, Azerbaijan and particularly Turkmenistan play a crucial role.

Turkmenistan and the Caspian summit

One of the main factors in Putin’s decision to attend the summit was the significance of gas projects in his objectives. One should keep in mind that Turkmenistan, a small and underdeveloped Central Asian country, is unlikely to cause Russia any military or geostrategic problems. Putin did, however, recently express special interest in Turkmenistan.

Putin invited Serdar Berdymakhamedov, who recently succeeded his father as president, to Moscow in June 2022. It was announced that the Russian and Turkmen leaders would meet “on a regular basis.” Putin paid special attention to both the past and current Turkmen leaders during the Caspian summit and implied that Russia and Turkmenistan could engage in profitable deals. In his statement at the meeting, he also emphasized the significance of protecting the Caspian Sea’s ecosystem.

How are Putin’s actions related to one another? Putin conveys to Turkmen officials that Moscow would be pleased to help the Turkmenistan-Afghanistan-Pakistan-India gas pipeline project (TAPI), which was initiated by Turkmenistan to supply gas to India and Pakistan via Afghanistan. Yet in the past, Moscow paid little attention to the project since it was preoccupied with European markets. There was also a war in Afghanistan. The circumstance had now changed. On the one hand, Moscow began to view India and Pakistan as significant alternatives to not only the markets of Europe but also those of China.

The war was over, and the Taliban — who were in a terrible financial situation due to the end of the war — expressed a strong interest in the project. Moscow also established a working relationship with Kabul. All this implied overture toward Turkmenistan. Putin hinted at Moscow’s proposal when he met with Turkmen leaders at the summit: Russia is willing to help build TAPI as long as it sends its own gas along with Turkmen gas.

Putin’s elaboration on the importance of the Caspian Sea’s ecology had a different message. In accordance with the 2018 agreement, governments bordering the Caspian Sea may construct gas pipelines there. Still, all Caspian Sea states had to agree that this could not harm the environment. The provision effectively prevented Turkmenistan from delivering its gas to Europe via Azerbaijan, and Putin made it clear that Russia’s will would still be followed.

One should not see Russia’s or other countries’ modus operandi in the context of just one paradigm. Putin’s goal in the Caspian Sea is more economically pragmatic than it is in Ukraine, where he was forced to compromise economic pragmatism for geopolitics./AA