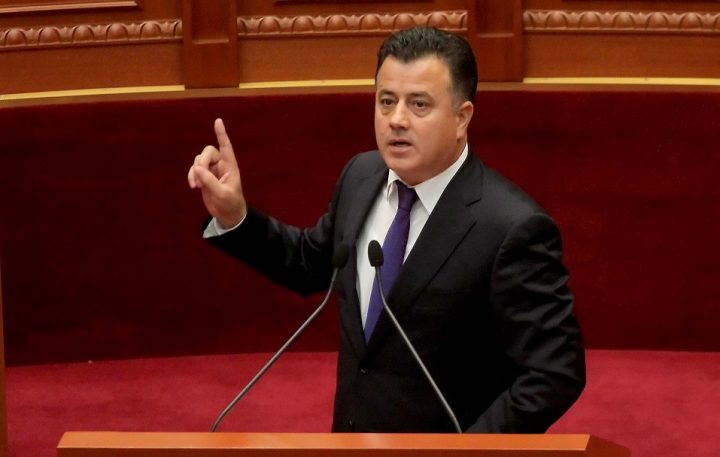 TIRANA, May 12 – The MP of the Democratic Party (DP), Flamur Noka has accused the former chairman of the DP, Lulzim Basha in his speech in the plenary session of parliament on Thursday that the latter had made a secret agreement with PM Edi Rama to bury the Commission of Inquiry on patrons. According to Noka, this agreement buried the issue of patronage.

“This act is a serious hypocrisy with which the Rama government mocks Albanians. Today is the time to remember the boast that Rama made in front of the Albanians for the system of patronage,” said Noka.

According to him, Albanians have seen with their own eyes how Edi Rama created files for 1 million Albanians, with bank accounts, addresses, license plates. “These are just to blackmail the voter, to buy the vote. This government uses these files to threaten Albanians.”

Noka said that Rama is not alone in this mockery because he himself could not bury the massacre of the April 25 parliamentary elections. Rama also had allies to carry out this massacre.

This mega scandal was never denounced by the opposition. “The authority of the serious crimes prosecution, SPAK, instead of investigating the data, rushed to the media offices, as if a big crime had taken place there. The opposition remained silent and this crime was never investigated. There was pressure by some PD deputies to set up an investigative commission for this election massacre related to the patronage. The commission was set up but it was annihilated and no report was made, “he said.

Noka stated that even SPAK did not move as there was an agreement that this issue be buried. /Argumentum.al