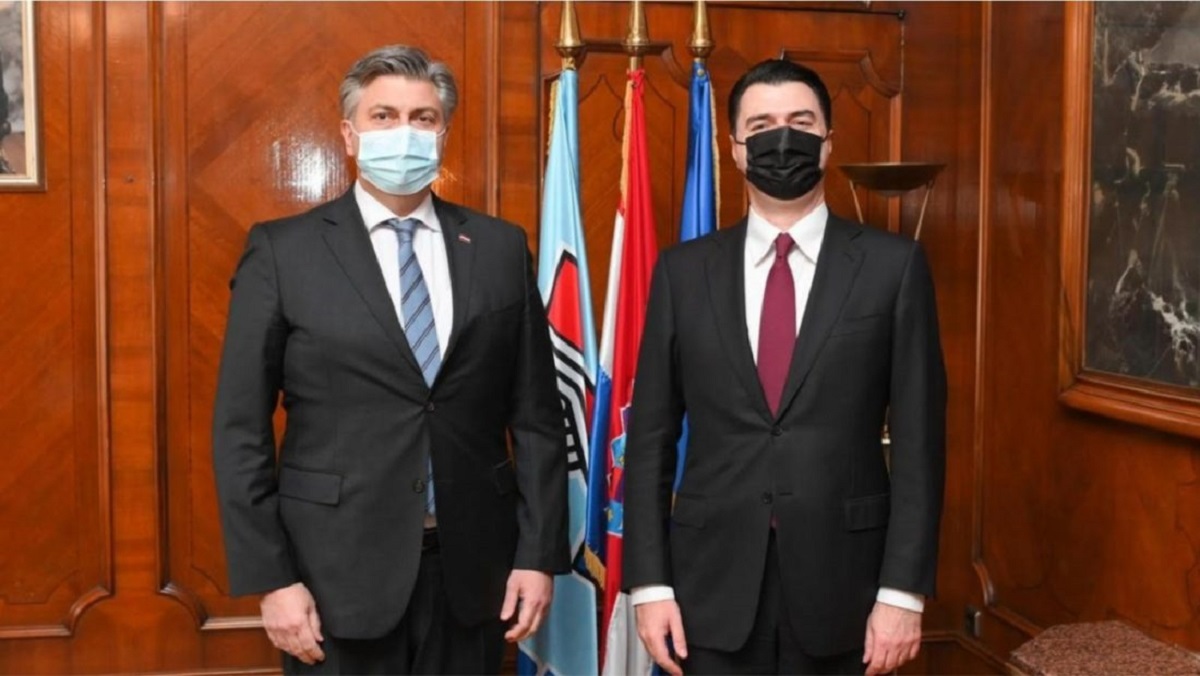 “I want to thank the Prime Minister of Croatia, Andrej Plenkovic for the friendly reception he reserved for me together with the Minister of Foreign Affairs and Interior of the Government of the Republic of Croatia,” said the Democratic Party (DP) Chairman, Lulzim Basha after the meeting with Croatian senior officials in Zagreb on Thursday.
The leader of the Albanian opposition informed the leaders of the Croatian government on his plan for integration and his commitment to the new expected government to do everything to realize the dream of Albanians to become part of the EU, a process which has remained stuck during the past 8 years, according to a press release by DP press office on Thursday.
Albania will hold parliamentary elections on April 8 this year and despite the rising fearful spread of the pandemic the country is engulfed by the fever of elections.
“As we cooperated during the process of Albania’s and Croatia’s membership in NATO, so we will cooperate closely in the process of Albania’s membership in the EU. In this context, the experience and assistance of Croatia, which is also an EU member state, is very valuable to us,” said Basha.
Further on he said he was pleased to inform Albanians on the commitment of Prime Minister Plenkovic to assist in the integration process either with political support at the EU decision-making table, as he did during the Croatian Presidency, as well as at the technical level.
Basha was confident that European Albania would become a reality with the help of the EU and member states, including friendly and allied Croatia.
In conclusion DP Head said Croatia has a very good experience in the field of tourism, a priority of his government, and for this he will work closely to get the best development models that will bring economic growth and employment for Albanian citizens.
Earlier Basha had a meeting with the head of the future EU Presidency in Slovenia. /argumentum.al