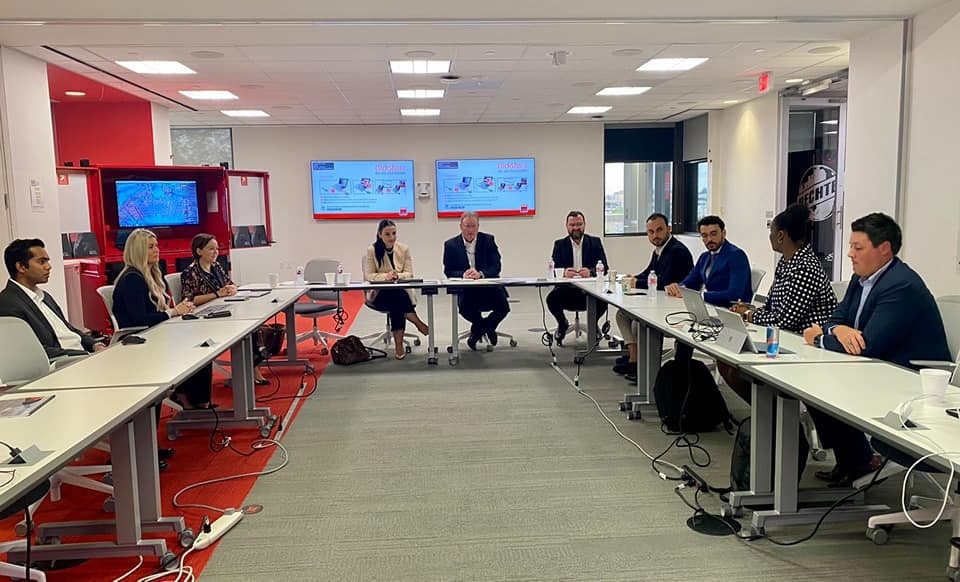 TIRANA, April 18 – Minister of Energy Belinda Balluku paid a visit to the US focusing on American investments in Albania. Balluku met with representatives of “Exxon Mobil” and “Bechtel”, two well-known companies which are engaged in Albania in two important projects, the commissioning of the Vlora TPP through liquefied gas, as well as the project for Skavica hydropower plant.

She stressed that the company “Exxon Mobil” remains committed to the project for the Vlora TPP, which is said to have already turned into an ambitious regional project.

“‘Exxon Mobil’ was fully committed during the meeting held in Houston, for the essential contribution to the LNG project of Vlora, already turned into an ambitious regional project,” said Balluku referring to the meeting held with executives of the company.

Meanwhile, Balluku announced that not only Skavica, but also other important projects of the future were discussed in the meeting held with representatives of the company “Bechtel”. /Argumentum.al