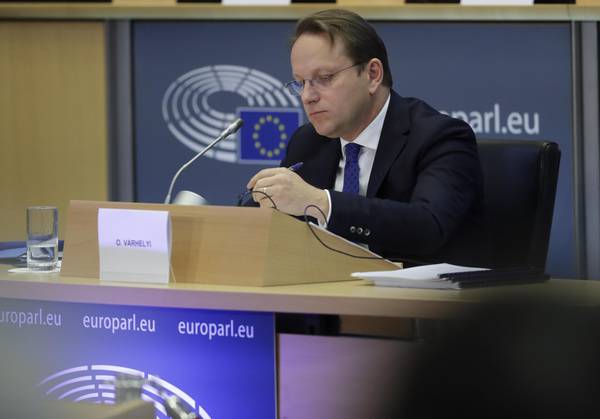 TIRANA, April 25 – The Commissioner for Enlargement and Good Neighborliness in the European Union (EU), Olivér Várhelyi will visit Tirana on April 28, announced the Office of the Delegation of the European Union in Albania on Monday

“The Commissioner for Enlargement and Good Neighborhood, Olivér Várhelyi, will visit Albania on April 28, to emphasize to the Albanian authorities the EU’s commitment to the prospect of Albania’s membership in the European Union,” said the announcement.

According to the EU Delegation, the Commissioner will meet with the Albanian business community, visit the dormitories of students being rehabilitated through the EU Economic and Investment Plan and inaugurate two reconstructed schools through the EU4Schools program.

Olivér Várhelyi’s visit comes before EU countries make a decision in June on the First Intergovernmental Conference with Albania and North Macedonia. It will be an opportunity to see if the member countries of the Union decide to separate the process of Albania from that of North Macedonia in case of the insistence of Bulgaria on its veto blocking Skopje’s talks. /Argumentum.al