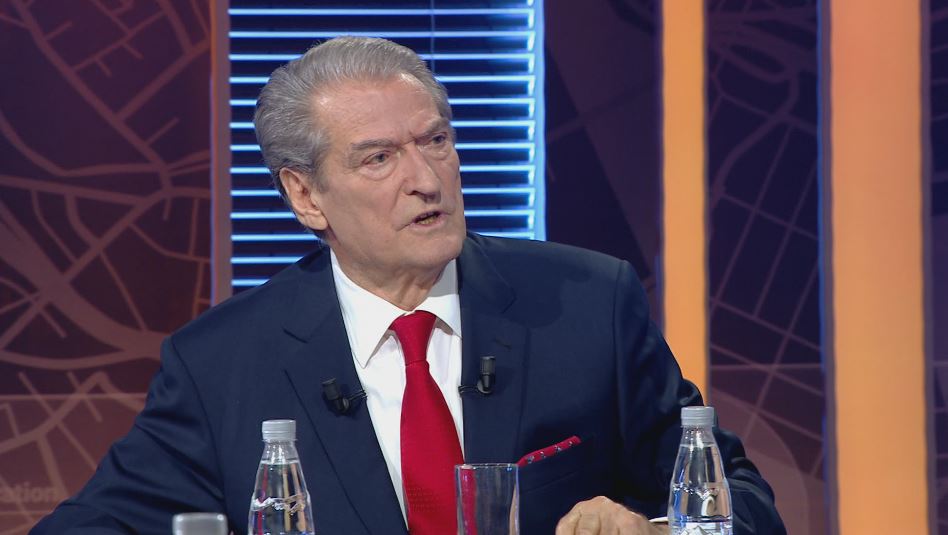 The retired veteran leader of the Democratic Party (DP), Sali Berisha has revealed that he will run for a seat in Parliament in the elections to be held on April 25 this year. Berisha, a former president and premier, made that announcement in an interview on Ora News TV on Saturday hinting that he will be a candidate in the town of Kavaja, considered a DP stronghold.

Being confident for a victory of the DP led front in the poll Berisha denounced the huge stealing of public funds by majority sorting out PM Edi Rama whose wealth has increased by 16 times since 2009.
Besides being government head for 8 years and Tirana Mayor for 11 years, Rama is at the helm of the ruling Socialist Party (SP).
According to Berisha, as soon as DP comes to power the PM will be arrested because of his corruption affairs.
In the meantime he backed the stance of President Ilir Meta saying that he defends the Constitution against majority’s continuous violation of the fundamental bill of the country.
In addition Berisha expressed his support for his successor as DP head Lulzim Basha saying that he holds consultations with him when he asked for such a thing.
“I have never intervened in the decision- making of Basha,” said Berisha who resigned as DP chairman when this political force lost the elections in 2013 in face of a landslide victory of SP.
In a comment on the pandemic situation Berisha said the situation is tragic denouncing the management of the health crisis by Rama as well as the failure to secure anti COVID-19 vaccines. /argumentum.al