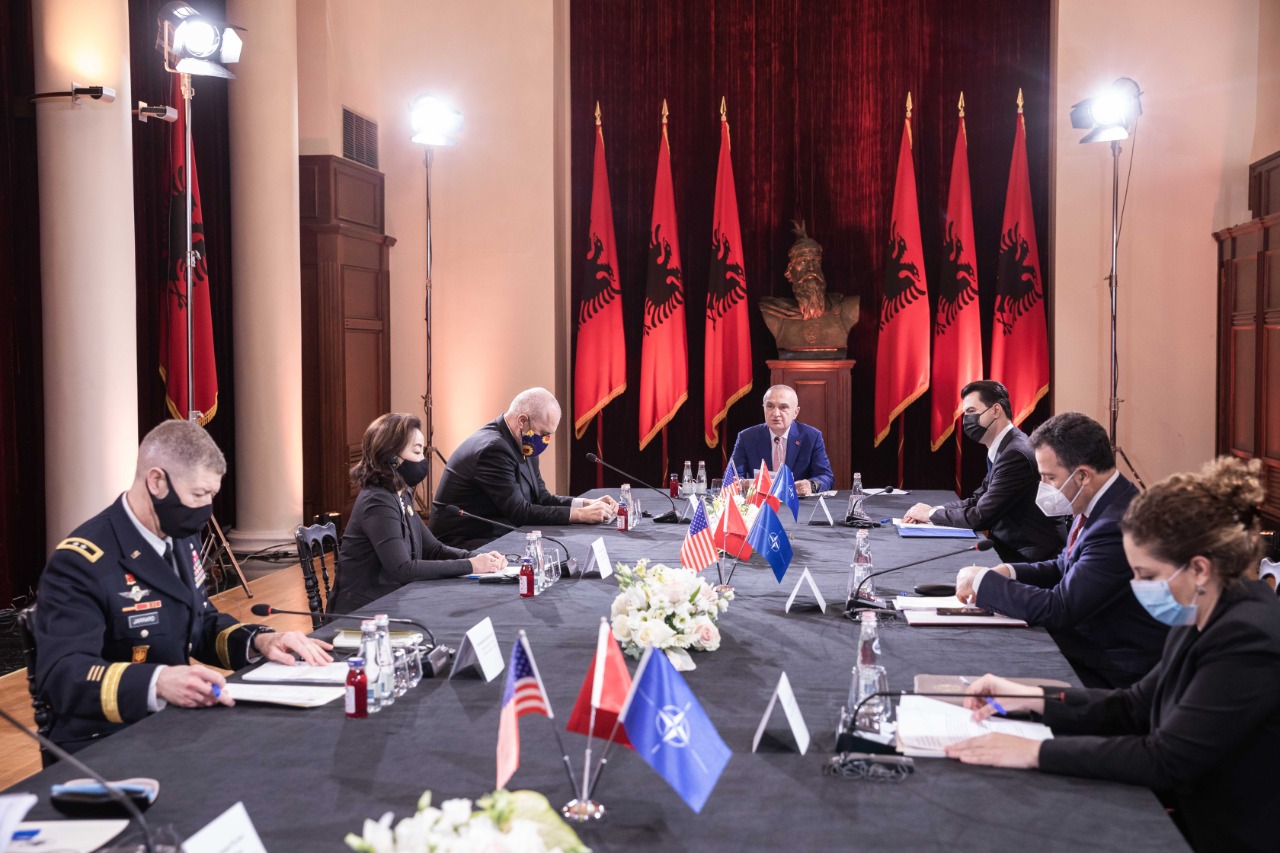 “A staunch NATO ally since 2009, Albania is a strategic security partner for the United States – both regionally and globally,” has said Major General Joseph Jarrard, Deputy Commanding General, U.S. Army Europe – with U.S. Army Europe and Africa after a meeting with President Ilir Meta, Prime Minister Edi Rama, Defense Minister Niko Peleshi and the head of the opposition Democratic Party, Lulzim Basha at the presidential headquarters on Wednesday.
US Ambassador Yuri Kim was also present at the meeting.
“We had a great discussion about how we can continue to work together to build our readiness and interoperability through upcoming U.S. military exercises with Albanian soldiers, and on Albania soil,” he said. According to him, Albania is significantly investing to strengthen its readiness for the collective defense of NATO, working closely with the U.S. to improve capabilities across the board.
“We have witnessed the courage and resolve of Albanians in Afghanistan, Kosovo, and Iraq, and, through the Albania State Partnership with the New Jersey National Guard.”
The General noted that while they are still planning for exercise DEFENDER-Europe 21,
they expect Albania to have a significant role in this premier military exercise. “Albania will be a key host nation for numerous upcoming military training events, and this reinforces the strategic importance of Albania’s geography in the region,” Major General Joseph Jarrard said thanking the hosts for their warm welcome to Albania looking forward to many more years of mutual support with the valued ally, Albania.
For his part President Meta said NATO is a great and very important alliance for the Balkans.
“The trust of the Albanian people and the support for it is unanimous, as well as the European vocation of the Albanians,” said Meta after the meeting. /argumentum.al