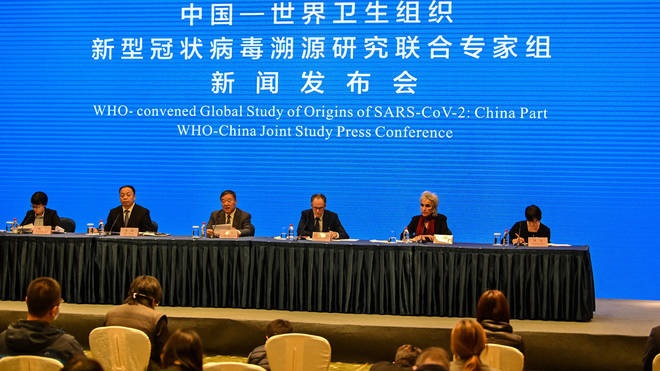 It is “extremely unlikely” that the coronavirus leaked from a lab in the Chinese city of Wuhan, where Covid-19 first emerged, according to the head of a team of experts that on Tuesday released the first details of its fact-finding mission into the virus’s origins.
Dr. Peter Ben Embarek from the World Health Organization said it was more likely that the virus, which has now claimed more than 2.3 million lives worldwide, had jumped to humans from an animal.
“Our initial findings suggest that the introduction through an intermediary host species is the most likely pathway and one that will require more studies and more specific targeted research,” he said at a press conference as quoted by NBCnews on Tuesday.
The theory that the virus was introduced into the human population as a result of a lab accident did not warrant future study, he added.
There was speculation early on in the pandemic — partially fueled by then-President Donald Trump — that the virus was either manufactured at or accidentally leaked from a lab at the Wuhan Institute of Virology, which has been involved in coronavirus research. But this theory has been largely dismissed by the global scientific community and Chinese researchers working at the lab.
Speaking alongside Embarek, the head of the Covid-19 panel at China’s National Health Commission and the Chinese lead on the international team of experts, Dr. Liang Wannian, said early data suggested that the coronavirus could have been circulating for weeks before it was identified in Wuhan.
“This indicates the possibility of the missed reported circulation in other regions,” Liang said, adding that there was no evidence to suggest the virus was spreading in Wuhan before December 2019 — when the first cases of the pneumonia-like illness were reported in the city of some 11 million people.
The Covid-19 pandemic became a geopolitical battleground for China and the Trump administration, with Trump routinely referring to Covid-19 as “the China virus” and accusing Beijing of misinformation. China had strongly criticized what it called an attempt to politicize the pandemic and denied allegations of a cover-up.
So far, the Biden administration is refraining from judgment until the United States directly receives the World Health Organization report on their findings, State Department spokesperson Ned Price said Tuesday.