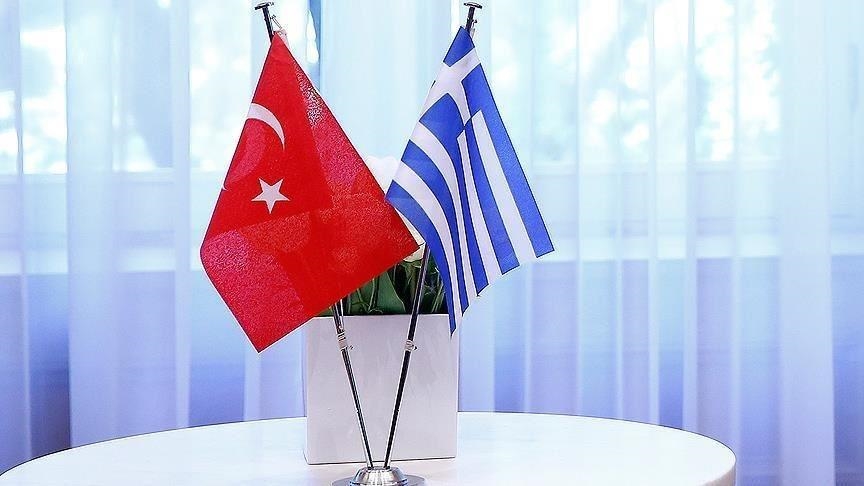 Important developments are taking place in the Aegean (Islands) Sea and Cyprus. The main factor of this new dynamic is undoubtedly the steps taken by the Turkish side and its desire for settlement.

This new process, which began with Turkey’s withdrawal of its seismic research vessel MTA Oruc Reis, has accelerated further with the latest of the exploratory meetings held in Istanbul on Jan. 25, which are normally held to make technical assessments of the problems arising from the Sea of Islands (the Aegean) and to settle on possible solutions.

No exploratory meeting could be held until 2020, that is, for four and a half years, because of the tension between the parties. Following these talks, the Turkish side, once again taking a constructive stance, declared to the world with its highest-ranking officials that “it is possible to solve all the problems, including those that pertain to the Aegean; we are fully determined to this end; regional peace and stability is in everyone’s interest.”

Likewise, the Turkish side, which took a very positive attitude towards the programming of the unofficial quintet conference on the Cyprus issue, has continued its positive approach with the message that if the desired destination is a permanent solution, it can only be accomplished through innovative and creative ideas.

Looking at the other side of the coin, the Greek side participated in the exploratory meetings declaring that only the limitation of maritime jurisdictions would be addressed, thereby setting a precondition that indicates that it does not want all the problems arising from the Aegean and the Eastern Mediterranean to be on the table. This, notwithstanding the fact that the problems between the two countries are not limited to the Aegean.

Conflicting maritime jurisdictions in a large area, Greek islands armed in violation of the Treaty of Lausanne, the reconsideration of the legal status of a total of 152 islands, islets and rocks in the Aegean occupied by Greece although they have no officially declared owners, Greek airspace, which has been declared to be 10 miles in contravention of international law, even though its territorial waters are 6 miles, the search and rescue activities which have gained importance with the increasing migrant flows, hydrocarbon resources and finally the Cyprus issue remain problems that continue to set the two sides at odds.

What is the Greek side aiming for?

Both countries have 6 miles of territorial waters in the Sea of Islands, where there is no maritime border agreement between the two countries due to the unique geographical conditions of the area. Nevertheless, Greece wants to expand its territorial waters to 12 miles citing the 1982 Convention on the Law of the Sea, to which Turkey is not a signatory. Turkey has unequivocally stated that such a move would be considered an “act of war” (casus belli). Greece has been adding to the tension not only in the Sea of Islands but also in the Eastern Mediterranean — which is considered a semi-closed sea according to international law — by claiming that the islands located there have continental shelf and exclusive economic zones (EEZ).

So, what exactly has the Greek side been aiming for with its limited population, land, military and economic power? Does Greece really seek to be part of a settlement in the Eastern Mediterranean and the Sea of Islands? The all-too-familiar answer to this question was reaffirmed once again by the Greek decision-makers in January. In a decision approved by the Greek parliament last month, Greece has expanded its domain by about 10% by extending its territorial waters to 12 miles in the Ionian Sea. While Foreign Minister Nikos Dendias underlined with great political pride that the country’s territories had been expanded for the first time since 1947, when the administration of the 12 Islands was transferred to Greece, Prime Minister Kiryakos Mitsotakis laid out Greece’s short and medium-term goals very clearly, stating their determination to do the same with Crete and the Aegean Islands.

The Greek side’s persistent error with regard to Cyprus

When we look at the Cyprus leg of this strategy, it can be seen that, in all negotiations since 1968, the Greek Cypriot administration (GCA) has refused to share power and natural resources and wealth with, and recognize the political equality of, the Turkish Cypriots, claiming that the entire island is their “homeland” and that it shall be “united” once again, just as Greece sees the Sea of Islands as a Greek lake. The Greek administration also seeks to complete the southern leg of Greece’s containment policy towards Turkey by ensuring the unconditional termination of Turkey’s continued military presence in Cyprus, which they consider as “foreign troops”. With these actions, they hope that Turkey will make concessions on its political and maritime jurisdiction rights in Cyprus, whose geopolitical importance has further increased since the latest discovery of hydrocarbon reserves.

If the Turkish side were to make any compromises in this regard, this would further stimulate the appetite of Greece and Southern Cyprus, and as an extension of their demands, they would then seek to restrict the Turkish Navy’s moves and Turkey’s oil exploration activities only to be followed by an attempt to restrict Turkey’s strategic depth and decision-making capacity, primarily as pertaining to the developments in Libya and Syria.

In brief, the Greek-Greek Cypriot duo wrongly perceives Turkey’s recent calls for revitalizing its relations with the European Union (EU) and extending its hand of friendship to resolve the issues in the Aegean Sea and the Eastern Mediterranean as a weakness and also as an opportunity to exercise their expansionist policies, thereby demonstrating once again that they are not after any resolution in the Aegean or the Eastern Mediterranean, but are only seeking to see concessions made in their favor. Failing to wisely interpret the prevailing international and regional climate, these two countries remain deluded in thinking that the issue of Turkey’s EU membership, which mistakenly believe is a trump card at their disposal, will still get them the concessions they want.

Even more troublesome days await the Greek and Greek Cypriot duo, which will eventually come to realize that even if they continue to ignore Turkey’s growing political, military and economic power, no EU country, even if they belong to the same organization, and merely “for the sake of” Greece, will confront Turkey head-on, as it is the most important strategic actor in the Eastern Mediterranean to be reckoned with. The continued efforts of these two countries — despite their limited political, economic and demographic resources — to manipulate the entire Eastern Mediterranean policy of the EU in line with their own interests will also face serious opposition within the Union sooner or later.

In conclusion, it is obvious that if the problem of maritime jurisdictions in the Eastern Mediterranean is not resolved, the region will face greater political crises. Neither party would benefit from such a massive political turmoil. In reality, it is possible to solve all the problems in the region. However, as recent regional developments have shown once again, the Greek and Greek Cypriot side needs more time to admit that peace and stability is in everyone’s interest and that achieving them without Turkey, the most powerful country in the Eastern Mediterranean, is simply not possible. The way things are developing, Turkey’s active persistence in defending its rights stemming from international law, and deepening its cooperation with the countries of the region aimed at creating rifts within the alliance that is being tried to be formed against it, while further strengthening its struggle on the ground, will help the Greek side a great deal in coming to grips with the reality regarding its “concession dreams”./AA

*The author is Special Advisor to the President of the Turkish Republic of Northern Cyprus (TRNC) for International Relations and Diplomacy and a Member of the Negotiation Committee.