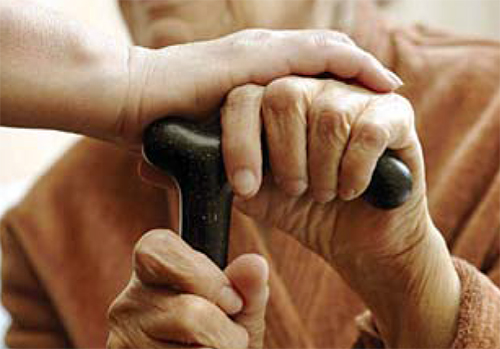 “I am also a personality, I am a war veteran!”
This was the reply in the form of a plea of a 91-year-old man when asked what he wanted at the vaccination center at Air Albania in Tirana where the vaccination of ‘personalities’ of old age started on Sunday.
“Vaccination of personalities is a theatrical staging in face of the stubborn truth that the cheater we have as prime minister has provided vaccines for fewer than 5,000 people, that’s all!” noted former DP deputy Bardh Spahia, who is a doctor by profession. “He waited for gifts, but unfortunately they did not come. And now Edi Rama has only lies left and he is telling them to Albanians every day without shame! This irresponsible man is injecting propaganda instead of the vaccine!”
As previously announced, the anti- Covid vaccination resumed with some well-known personalities of Albanian art and politics, who are in their 80s in Tirana on Sunday morning.
Personalities like Tinka Kurti, Sherif Merdani, Aleksandër Meksi, Alfred Moisiu, Margarita Xhepa, Dhimitër Anagnosti, Roza Anagnosti, Piro Milkani, Besim Elezi, Fedhon Meksi received the anti-Covid vaccines at “Air Albania” vaccination center drawing the attention of all Albania which is passing through the worst hit of the pandemic with daily fatalities mounting to 19 persons and over 1.100 infections every day since ten days in a row.
Responding to accusations of his selection of personalities who will be vaccinated which was considered as discrimination and violation of the right to life by the opposition, President Ilir Meta, civil society and certain media the prime minister said on Sunday that they expressed anger at him and the government. According to him, it was not worthy of raising all this storm as these personalities have given value to Albanian society.
But academician Artan Fuga reacted again regarding the decision of Prime Minister Rama to vaccinate elderly personalities on Sunday.
With strong critical tones, Fuga wrote on social networks that political power has no right to distribute the right to life with coupons like once for buying washing machines according to his subjective preferences and “merits”.
“This contradicts the constitution of Albania and any ethical charter in medicine.
The problem is not Alfred, Tinka or Anesti… May they live as long as possible, and in health as God has said! But, there is no need to teach the people how to carry out vaccination because the doctors instruct on this.”
According to him, such a policy is basically based on a worldview genocidal ideology, because 80-year-olds ‘impersonals’ are implicitly told: ‘You others wait! Expose yourself to death because you deserve so much!”
Fuga put the question: “Which man who has a grandparent, a father or a mother, has even a little character, would accept this?”
Fuga closed by saying that as Albania is compared to the world which American or European country has done this. “Neither China nor Russia. Not even Turkey.”
“If it does not carry a genocidal flavor, what’s happening is cynical. Yes, it is!” Fuga closed his furious note on this added anti human act of PM Edi Rama who has left Albanians at the mercy of the ‘deadly virus’ /argumentum.al