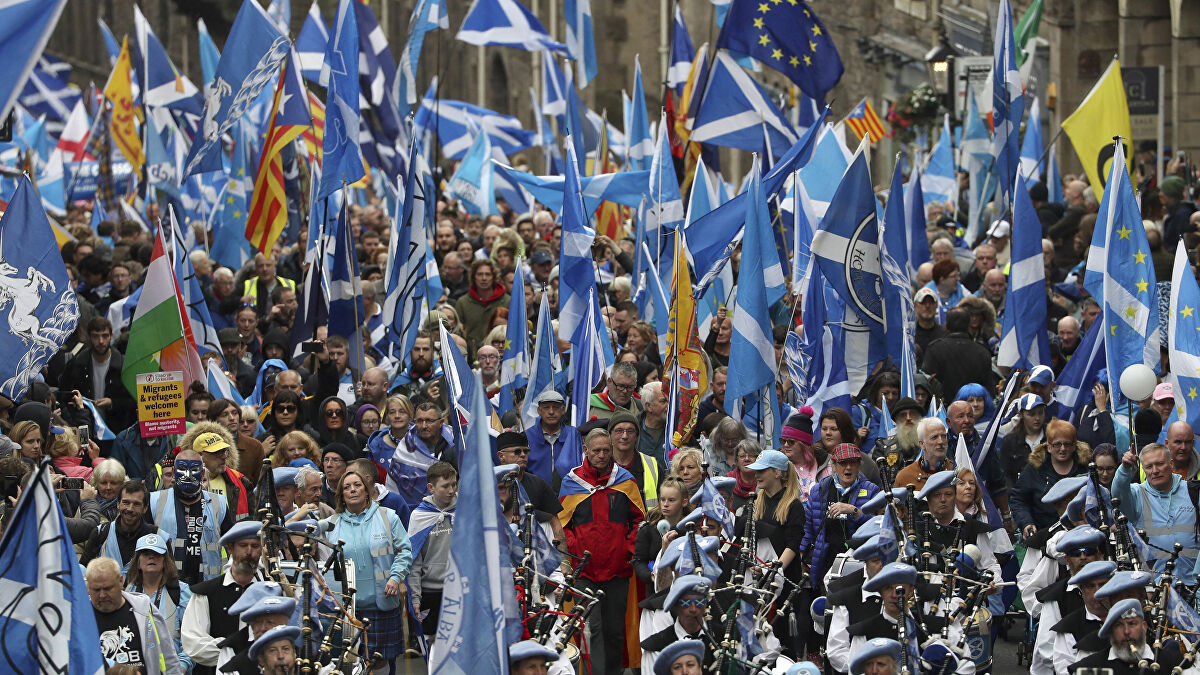 The news comes five days after British Prime Minister Boris Johnson said the issue of independence is “irrelevant” to most people in Scotland. The Scottish National Party (SNP), which has the largest number of seats in the Scottish parliament, said the PM was in “panic” mode as support for unified Britain continues to decline.

Leaving the United Kingdom will be more damaging for Scotland than Brexit, says the London School of Economics Centre for Economic Performance. According to its modelling, the incomes of Scots will plunge as much as 8.7 percent, while trade between Edinburgh and the rest of Britain would increase by almost a third. Saying bye to the union would result in changes to investments, the Scottish government’s spending capacity, and Edinburgh would also have to adopt its own currency.

According to the forecast, independence and subsequent EU membership will boost trade friction between the two states. Researchers note that such an option would only make sense if “independence is sufficiently trade-destroying that the rest of the UK becomes a less important trade partner for Scotland than the EU”, hence Edinburgh’s medium-run priority “should be keeping border costs with the rest of the UK as low as possible”, the modelling revealed.

In 2014, Scotland held a referendum on its independence from the United Kingdom and 55 percent of voters said they wanted to remain part of Britain. The SNP labelled the vote a “once-in-a-generation” opportunity. But two years later Britain had to make a decision on its membership in the European Union and although the country as a whole chose to withdraw from the bloc, 62 percent of Scots voted to remain in the EU. This prompted the SNP to push for a second referendum, often referred to as Indyref2. The party has argued that the country needs another say on independence because circumstances have changed due to Brexit.

Downing Street, however, remains adamant. Prime Minister Boris Johnson has so far refused to allow Edinburgh to hold a second referendum emphasising that Scotland’s leaders themselves described it as a “once-in-a-generation” opportunity. Johnson argued that another referendum should not be held for 40 years.