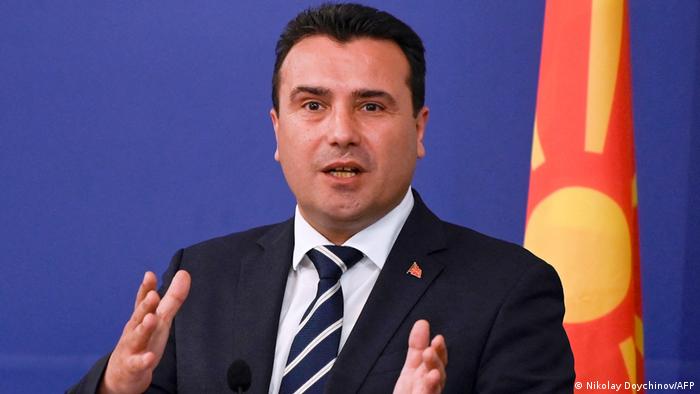 The most important issue, MACEDONIAN LANGUAGE AND MACEDONIAN IDENTITY ARE INSURED AND GUARANTEED IN THE NEGOTIATION FRAMEWORK AND THEREFORE RECOGNIZED AND ACCEPTED BY THE EU. That is first and absolute most important.

The protocol that would be signed by the Macedonian Government and the Bulgarian Government explains the way to overcome open issues that are solvable. Building good and friendly relations with neighbors is essential for the peace, stability and prosperity of a region such as the Western Balkans. Therefore, we on the Macedonian side and our colleagues on the Bulgarian side must work together to close open issues.

It is very important to fully preserve the national dignity of both sides in the talks. Friendship is created and built when two sides take care of each other while resolving open issues.

The Macedonian side has politicians that I am sure will take guarantees and commitments throughout those talks in the future to fully represent our national interests with dignity and constructively.

Good relations with all our neighbors strengthen the Western Balkans, and cooperation makes us a serious factor as a region ahead of Europe and the World. We have seen that through friendship and good neighbourliness, issues that have been open and unresolved for decades, but also centuries, such as the progress we made with the Prespa Treaty, NATO membership, but also the realization of the Autocephaly of our father Macedonian Orthodox Church – Archbishopric of Ohrid. In all three cases we have a direct confirmation of our indigenous Macedonian identity.\n By starting negotiations with a verified and indisputable Macedonian language within the European Union we will gain another identity victory of Macedonianism.

When it comes to topics related to non-discrimination and the elimination of hate speech, it is important to know that they apply to all communities in our multicultural society and I don’t see a problem with that at all, on the contrary I think we can still let’s improve and without the EU to require it from us, to strive for a more successful ONE AND EQUAL SOCIETY FOR ALL.\n We have achieved a lot in this field so far and without the EU demanding it from us. For multicultural coexistence and building a single and equal society for all we are already an example both in the region and Europe and we should continue to develop such policies, remain leaders in that field as it brings only good to our pary from and for all nations of The Balkans.

When it comes to fulfillment of the Neighborhood Agreement with Bulgaria and the Prespa Agreement with Greece, I am convinced that it is much better for us to sit at the table in the European institutions and be the ones to look for in our Macedonian language is full fulfillment of both contracts in which are not disputed but confirmed by both the Macedonian language and the Macedonian people. We are witnesses that Europe shows understanding of Macedonianism and our historical right to self-determination.

Given that this is not the last challenge before our EU accession and that they do not await closures of many negotiating chapters, I consider it very important for us at this point that Bulgaria confirms that new bilateral problems will not o future skunk and what accepts to be committed together to build friendship and good neighborhood. Through friendship and good neighbourliness, even the most complex problems were easier to solve. On the contrary, when there is a hostile atmosphere the number of problems only increases.

Members of the three ethnic communities, although significantly fewer, are still equal citizens of Northern Macedonia who were born and live here together with all of us and have the right to self-determination, something we are proud of as a state that he’s reading that right. That challenge should be accepted and continue the path to full EU membership.

I expect constructive consultation and support of this proposal from every single responsible politician and citizen in the country.\n This proposal has already been supported by all over Europe, and experience teaches us that every new proposal will probably be harder to accept. If we are sincere about EU membership then the battlefield is now, now we need to show it in action and class sooner to complete this process. And everyone knows, our Macedonian people have never gotten anything easily, for their state and spiritual independence they fought and fought with smart and wise decisions. Let’s be smart and wise and continue to move forward as Macedonians with a recognized Macedonian language and identity, with our Macedonian state integrated in the Euro-Atlantic unions as a strategic determination of all our people, all ethnically united icy.