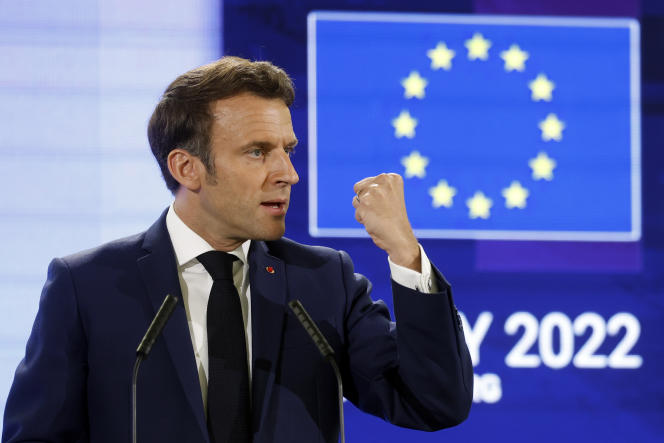 Summary: Albania’s path to the European Union (EU) accession has been, and still is, harsh and tumultuous. The intra-EU division has placed delays on the integration path, and as of May 2022, there is another proposal on the table that implicitly advocates for a European hierarchy. This makes countries aspiring to be part of the union very anxious and in the case of Albania, it adds to the already existing enlargement fatigue.  Whether this proposal sees the light of day or not, will be confirmed when the political temperature in Europe cools down. However, when it happens it is expected that there will be a more “lean and mean” push from the political heavyweights in Brussels, and it will affect the European future of the Western Balkans.

Introduction: On May 9th, in Albania, all main political figures, as well as institutions, were greeting and celebrating Europe Day, an occasion that honors the starting point of the continent’s political and economic integration. On the same day, fresh off the back of a resounding election victory, Emmanuel Macron pitched one of the biggest changes to the structure of the EU in decades. A “European political community” (EPC) that would allow European democratic nations adhering to the same core values to find a new space for cooperation on politics, security, energy, etc. on May 20th, the European Commission (EC) President, during his visit to Tirana, confirmed what Macron proposed. Understandably, this was not well received in Albania.

A proposal for a new type of EU

Macron laid out his vision of a broader community of European democracies that would allow for deeper cooperation between the 27-member bloc and non-EU countries. Within this new political union, nations like Ukraine, and even a post-BrexitBritain, could forge deeper ties without officially joining the EU. Macron stated, “We must now start the political consultation to see the interest and, maybe also a way to regain stability via another form of cooperation with some countries which can have their rightful place in this political community.” Macron’s idea would likely require changes to the EU treaties and there appears to be little appetite for this. Up to 13 countries, including Denmark, Slovenia, Bulgaria, and Sweden, signed a document rejecting it.[1]

To some, it all looks like a makeover for the “European experiment”. Macron has a blueprint for the continent, effectively creating a two-tier European Union. So far, this idea is just that, an idea. However, it does mark a major shift in the direction of European policy, particularly for France, which has shown a degree of intransigence towards further integration of new EU member states for years now.[2]

For the ever-increasing list of aspiring member states and even post-Brexit Britain, a wider European club could offer an alternative for coordination on political and security issues as they await membership that can often take years. At least this is how it is justified. Nevertheless, Albania, Montenegro, North Macedonia, Serbia, and Turkey are officially candidates to join the EU. Belonging to a broader European political community would not prejudge any future EU membership, Macron said. [3] However, for the candidate countries, that have been promised for decades a chair on the EU table this feels like a regress.

A very French idea: This proposal is not entirely a novelty. In 1989, the then French President François Mitterrand sought to create momentum around the idea of a European Confederation. No progress was ever made. In current times,France and some other EU member states (such as the Netherlands) have been, and remain, reluctant to allow enlargement to go ahead. They argue that the 27-member Union is already dysfunctional and further enlargement will only slow down the institutions, as well as reduce the Union’s value-added in the eyes of citizens. Moreover, Macron is facing a parliamentary election soon: The presidential election results and the strong showing of Marine Le Pen indicate that Euroscepticism remains popular in France. Macron’s suggestion implies that the EU needs more internal reform before further enlargement, a long-standing argument expressed by Paris in the past.

This seems mainly an answer to the EU internal voices that claim that the union is not fast enough in targeted solutions as the times’ demand. To them, the unanimity problem in foreign and security policy undermines the EU voice in the world and the ability to act swiftly whenever crises emerge. If the proposed Community is conceived as a flexible European response that includes but goes beyond member states, it might be a significant step politically, maximizing the collective weight of Europe and bringing together EU members and non-members alike.[4]

There are rumblings in the Western Balkans (WB) on the matter since these countries have long been waiting for membership talks to start. Currently, Albania’s bid is linked to North Macedonia’s, so Sofia’s veto is holding things up for Tirana, too. German Chancellor Olaf Scholz, although expressing interest in Macron’s proposal, also warned against disappointing long-time EU candidates. Scholz stated at a joint press conference with the French president in Berlin that what is clear is, that this must not and will not stop from moving forward with what the EU has started. He was referring to enabling the accession processes that (Germany) has been working on for so long.  “This is especially true for the Western Balkans, which we have already talked about. There are many of them who have already made far-reaching preparations, and who have made brave decisions. And this courage must be rewarded at some point.” Scholz concluded.

Yet, different was the attitude of another EU high-political actor visiting Albania. On May 20th, European Council President Charles Michel, during a press conference in Tirana with PM Edi Rama spoke about Albania as an associated country. This means that Albania will be at the EU tables where there will be important decision-making, although not a member country. Strangely enough, the Albanian authorities did support the endeavor. The same cannot be said for the rest of the country’s experts and analysts.

Another chapter on this European “fairy tale” claims an article on the front page of the Albanian press.   European countries do not accept Albanians as members of their community, argues the author. “They have never forgotten to tell Albanians that they are part of Europe, that their future will be in Europe but the doors of the EU do not open since even the “guardians” of these doors change their minds from time to time.” It is perceived, as Macron wants the European continent to have two common political houses, one the house of rich, strong, and commanding nations, and the other the house of the poorest, whose members must only obey.[5]

A former Albanian ambassador and author, argues that the behavior of the Albanian political establishment is incomprehensible because it fails to understand that the status of the associate state, proposed by Michel, is not only closing the doors of EU membership but is also insulting to the county. Albania is indeed a small country, which cannot change the course of EU attitudes and decisions, but has the right and duty to express itself in defense of its interests. It appears that Michel intends to start his original experiment by lowering the degree of integration or moving backward towards disintegration with Albania.

The truth is that the new strategy of going back from the status of the EU candidate state to the much lower status of the EU-associated state, beyond the euphemism or terminological trick hides the objective of closing the door of EU membership. A new current of thought has been born in France, which is offering new projects and proposals of pan-European communities as alternatives to EU integration. This form of “diplomatic epidemic” arose after Ukraine applied in March 2022, for EU membership. It is important to emphasize that Ukraine, which has the status of an associated state, seeks the highest status of a candidate country, which leads to accession talks and EU membership.[6]

According to another Albanian expert in international relations, Macron’s proposal will have direct implications for Western Balkans as a whole and Albania consequently. The WB would have the most to lose because for these nations there is much at stake for decades. Based on the current geopolitical context, the proposal of this initiative could deprive the WB of real institutional integration in the EU. Furthermore, he argues, there would be a high psychological cost for the societies of the WB.[7]

The most significant problem for Albania (and other candidate states) with this proposal is its hierarchical nature. A multi-leveled approach could mean that countries can just go at their own pace, south- European nations, are afraid that in a multi-speed Europe, they’re going to get left behind their richer Western counterparts. Understandably, the politicians in charge of the EU decision-making process want the union to move faster, but what about the promises they made since the dawn of this century to the Western Balkans? – Apparently, priorities have shifted, and the goodwill is not present anymore. The EPC should not be designed as an alternative to EU membership as this would undermine the Union in the eyes of those aspiring to join it.

What Albanians have been longing for decades is not to be seen and treated as “second-hand citizens” in the EU mechanisms and territories; a second-tier, second-level, or second-whatever, is not a viable option.

*China-CEE Institute (2022, May 30). Macron’s idea for “two-tier Europe” and its implications for Albania. Weekly Briefing, Vol. 51. No. 4 (Al) May 2022. Available at https://china-cee.eu/2022/05/30/albania-external-relations-briefing-macrons-idea-for-two-tier-europe-and-its-implications-for-albania/

[4] Tsarouhas, D. (2022, May 18). Could ‘European Political Community’ be an answer to Europe’s problems?. Available at https://www.aa.com.tr/en/analysis/analysis-could-european-political-community-be-an-answer-to-europes-problems/2591109