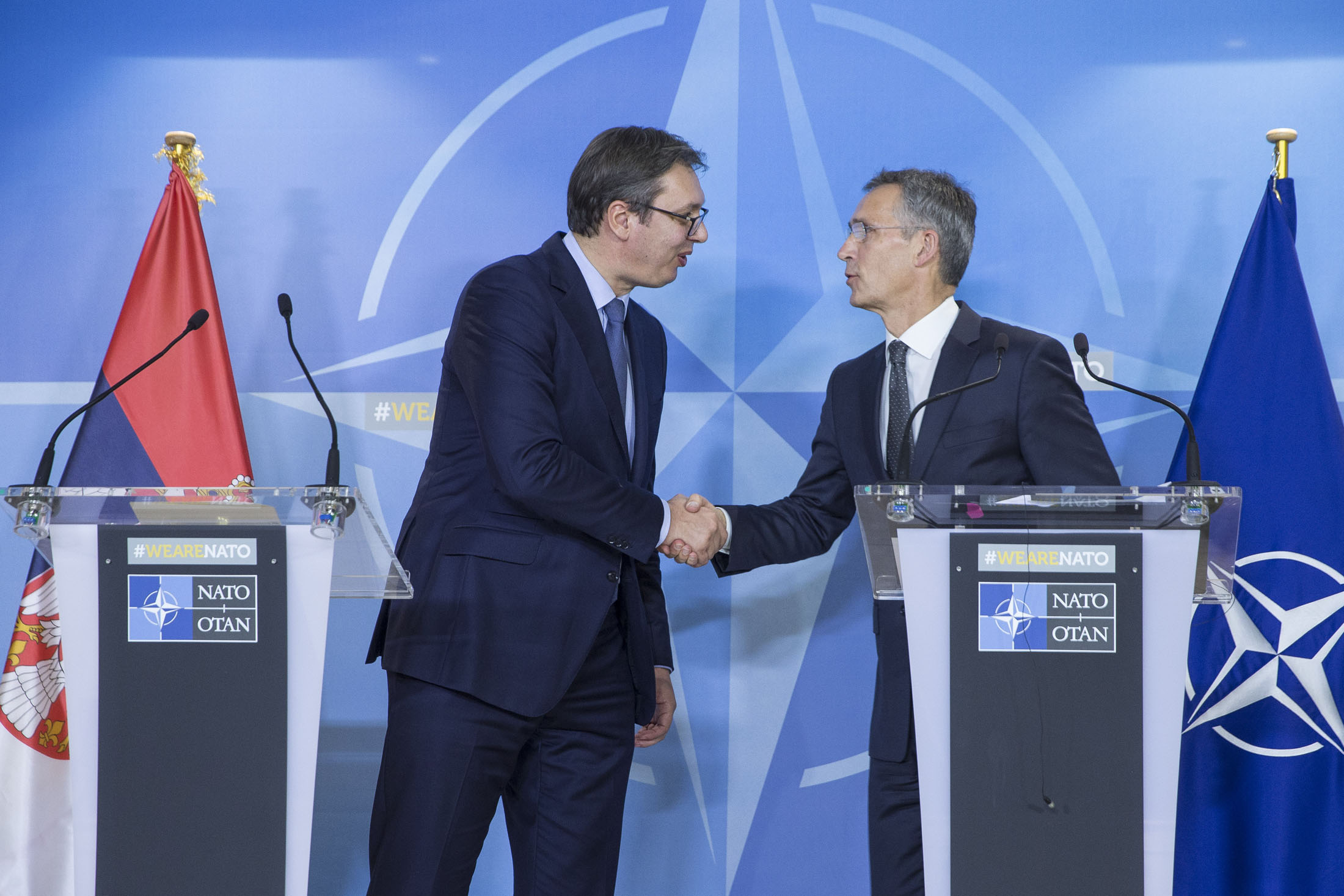 Even though Serbia is in the EU accession process for 20 years now, the term „West“ still has a predominantly negative connotation. The fact that Serbia has very good relations with the governments of the “West” and enjoys support in building democratic institutions does not help much in changing this grim image within the wider public.

North-Atlantic Treaty Organization, or unpopular “NATO”, as one of the labels for the “West” in Serbia has an especially heavy burden due to several reasons. The first is the perception of the role of NATO in the wars in former Yugoslavia, including the bombing of Serbia and Montenegro in 1999 and the second one is the fact that the Serbian political elite in the last 20 years has not initiated serious public debate about NATO-Serbia cooperation.

Serbian media also have a very important role in maintaining the image of NATO as it is.

Recently published research of the Council for Strategic Policy (CfSP) from Belgrade titled “Foreign policy of Serbia in the time of COVID-19” concludes that daily newspapers had 43 front-page news about NATO in 2020, out of which a large number identified as “fake news” and mostly written in negative context with a focus on 1999 bombing.

Mostly negative reporting of the daily newspapers on NATO during the last year represents a more general trend and it is not connected with the COVID-19 pandemic, says for EWB Dajana Ostojić, Researcher at the Council for Strategic Policy.

“The data shows that only two front-page news in the last year connects NATO and COVID-19, for example, Informer published the statement of the doctor Danica Grujičić who said “Coronavirus kills us because of NATO bombs”, she explained.

Ostojić added that near 60% of the total front-page news about NATO are put in the context of the NATO bombing in 1999, mostly in the daily newspapers Politika and Večernje Novosti, which would probably be the case if the pandemic never occurred.

In the publication, Council for Strategic Policy also observed that NATO fits in the wider pattern of reporting about the “West”, as this geopolitical space was in 71% of the cases on the front-pages presented with the negative sentiment, mostly in the context of “blackmailing Serbia”.

Negative media campaign and strong public opposition to accession to NATO (78% in 2019) are in sharp contrast with the high level of institutionalized cooperation of Serbia with the NATO and the NATO member states, which can be observed from the statements of the Serbian and NATO officials.

Head of the Serbian Mission to NATO, Ambassador Branimir Filipović, in the interview for European Western Balkans said that the enhancement of the cooperation with NATO by respecting Serbian military neutrality is one of the foreign and internal policy priorities of Serbia.

In a similar tone, his colleague in Belgrade, Brigadier General Tommaso Vitale, Chief of the NATO Military Liaison Office in Belgrade, said that the cooperation between Serbia and NATO is much more developed than it looks like and there are a lot of ongoing joint projects.

If we also add the fact that the NATO member states are traditional donors of the Ministry of Defence of Serbia, that a large number of military exercises are being held with the countries from the “West”, and that Serbia currently implements the second round of Individual Partnership Action Plan (IPAP), which is the most intense form of cooperation with the countries that do not aspire to join NATO, the question arises:

Why there is such a big discrepancy between the media reporting (mostly in the pro-Government media) and the on-field policy towards NATO?

The answer to that question lies in the double-game being played. On the one hand, by not creating the perception that the Government cooperates with NATO appeases the public, while on the other hand Government has been eliminating obstacles for cooperation within the Partnership for Peace (PFP), said Igor Novaković, Research Director in the International and Security Affairs Centre (ISAC).

“Based on the public polls survey, it is clear that NATO is an unpopular subject, that is why illusion is being created that Serbia does not cooperate with NATO, mostly by tabloids”, explains Novaković. He also says that the ruling majority has the need to continue the cooperation with NATO for several reasons – due to the geostrategic position of Serbia which is surrounded by NATO states, the benefits of the cooperation programmes and the role of KFOR in the protection of Serbs in Kosovo.

“This current situation is not good, and Serbia should go a step further in the partnership and have clear communication strategy on NATO. I don’t think this is possible for the time being as the elections on all levels are approaching and writing about NATO is not beneficial”, concludes Novaković.

It is also visible that the opposition parties do not have a clearly defined policy towards NATO, as this topic is not a priority on their agenda. But what can be observed is that all parties, whether they are more pro or against membership agree that there is a need for more objective communication of the upsides and downsides of the cooperation and even membership.

But in order to have this kind of communication first the media needs to be transformed from political megaphones to platforms for open and honest discussion./EWB