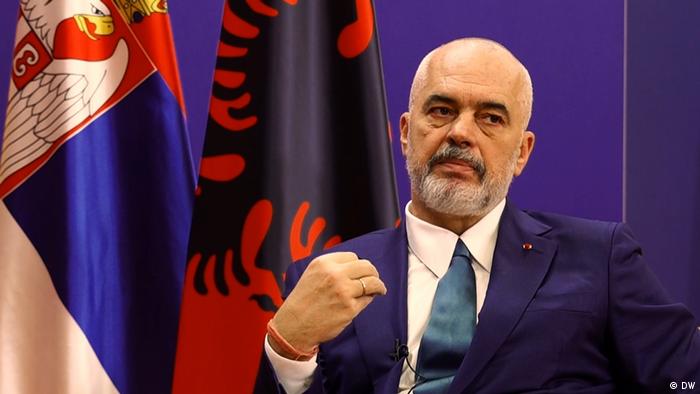 “With the Open Balkans, we will change the region forever,” has said Prime Minister Edi Rama during his speech on the occasion of the 100th anniversary of the establishment of diplomatic relations between Albania and the USA.

Prime Minister Rama said on Thursday that the United States of America has presented a document aimed at further deepening the strategic partnership between Albania and the USA, stating that the Balkan region will change thanks to the “Open Balkan” initiative, which he said has the 100 percent support of Washington.

“It is truly an honor and a privilege that we managed to sign a strategic partnership agreement, and we have recently received a document from Washington to deepen the strategic partnership. Albania is the US political base in the region, Rama said pledging that they will change the Balkan region and the project has been approved and is supported by the US 100 percent.

The PM said that they will make it possible for the past to never be a threat for the Balkans, but to be only a treasure of knowledge and lessons about how history should not be repeated.

In fact, this seems like a response to the President of Montenegro, Milo Djukanovic, who in an interview for the “Autonomija” portal said that the “Open Balkan” seems like an alternative to the implementation of Belgrade’s plan for the “Serbian World”.

It is a “very controversial” project and an alternative scenario for the future of the Western Balkans outside the European Union, he said.

The Montenegrin president even emphasized that the goal of the authors of the idea of the Open Balkans is the disappearance of Bosnia-Herzegovina, Montenegro, Kosovo and North Macedonia and added that it would certainly end with “war and a sort of genocide”.

In fact, Djukanovic, as the president of a country that is already a member of NATO, and an ally of the USA, would not be able to allow himself to “accuse” the USA of risking a genocide in the Balkans with the “Open Balkans” project which is the same project that Prime Minister Rama trumpets as an initiative that has 100% US support (!)

It is to be recalled the year 2018, when the exchange of territories was proposed under the name “correction of borders” by the former president of Kosovo Mr. Hashim Thaçi. Even then, it was rumored that this idea had the support of American President Donald Trump, but later this fact would be categorically rejected by the former American emissary for the Kosovo-Serbia dialogue, Richard Grenell.

Even in the case of the “Open Balkans” initiative, the USA in their statements have emphasized several times that they appreciate any cooperation between the Balkan countries but they must meet two main criteria, firstly the inclusiveness of the 6 Balkan countries and secondly that this cooperation is only economic.

This is how the American special envoy for the Western Balkans, Gabriel Escobar, emphasized at the Ohrid meeting on June 7-8, where he said that the United States supports the “Open Balkans” initiative, underlining that any initiative should include the six states of Western Balkans at the same level. It is important that it remains an economic project in order to focus on creating opportunities for the people of the region and to have greater support, he said.

One thing is certain, Prime Minister Rama is right when he says that with the “Open Balkans” the region will change forever, but the question is how will it change?

Let’s hope that Djukanovic’s “prophecy” does not come true…